By Olga Zurawska
and Michael Louis

Call for OPCC funding to be contingent upon accountability, performance reviews and citizens' oversight. 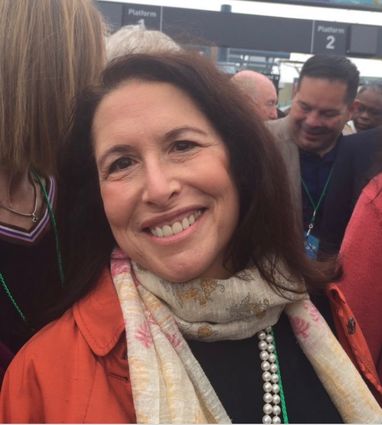 "OPCC is the devil. There is nothing I can do," said Councilmember Sue Himmelrich during a meeting with an advocate.

We oppose the extension of funding for OPCC dba The People Concern, unless the City commissions an independent fiscal and performance audit. If the City extends the funding, we propose it should be conditional for the next two years, with specific goals and benchmarks for the provider to meet each quarter, and with citizens' oversight formed within the first six months.

This proposal should be welcomed by a City that aspires to be fiscally responsible, and a progressive leader on addressing homelessness. It should be welcomed by OPCC's Executive Director John Maceri, who repeatedly publicly states that his organization is transparent and open to anybody who wants to come in. The current status quo where the City blindly gives out taxpayer dollars to the organization, violates the City's fiduciary duty to the residents. The funding is based only on John Maceri's unverified reports, and is not justified by any assessments, which are required by the Municipal Code, but not conducted.

Currently there is no viable oversight of OPCC. There are only John Maceri's statements that there is oversight. The LAHSA monitoring reviews of OPCC include repeated negative findings each year. These have not been addressed other than by what appears to be paper shuffling, which allows the organization to receive more funding for another year. And round and round we go. Will the City finally take responsibility instead of passing the buck to the County?

People are aware of the problem, but not willing to address it.

"OPCC is the devil. There is nothing I can do."

An attorney working for the Western Center on Law & Poverty, and Santa Monica City Councilmember, Sue Himmelrich. She said this to me on August 15, 2017 during the one and only official meeting I had ever had with her. Question, is Ms. Himmelrich part of this alleged "orchestrated smear campaign" against OPCC that Mr. Maceri likes to complain about? Why would Ms. Himmelrich be making such a statement? Could it be that she had heard credible reports over the years from other egregiously harmed clients - before we started speaking out?

Also before we started speaking out, senior attorney at Legal Aid, Denise McGranahan, stated in writing that LAFLA received complaints that, "(...) express concerns about OPCC's grievance procedures, quality of staff training and supervision, harassment, intimidation and disability discrimination. We have heard these sorts of complaints over the years at LAFLA." Question, is Ms. McGranahan part of this alleged "orchestrated smear campaign" that Mr. Maceri likes to complain about?

Or could it be that two respected attorneys had prior knowledge of the gross mistreatment of clients by OPCC long before we started our public advocacy? We believe they did. And it is consistent with the detailed findings of abuse, cruelty and neglect in the Shelter Shock report from San Francisco shelters, as well as the recent ACLU report on Orange County shelters. As we recently revealed, the ACLU conducted a focus group with OPCC clients. The results mirrored the above mentioned reports. People are being harmed and warehoused without the housing case management that the City thinks it is funding.

If Santa Monica wants to call itself a progressive leader on addressing homelessness, we urge the City to address these OPCC issues without further delay. The days of whitewashing and coverup must end. What we have is not "neighbors helping neighbors" as Mr. Maceri claims, but the worst example of the Homeless Industrial Complex: profit-obsessed, dysfunctional, unregulated, and dehumanizing.

Back in January the City Council hesitated to extend funding for OPCC dba The People Concern, after hearing multiple testimonies from current and former clients, including testimony about the deceased client Richard Segura.

This Council has not taken any action on OPCC's violations to date-It was dissuaded by City Manager Rick Cole. He acknowledged the serious problems with OPCC, which were also reported by LAHSA, however Mr. Cole stated that nothing should be done about them. According to our City Manager, we have to live with this situation and if LAHSA is not doing anything about it, neither will the City. This is intentional negligence in fiscal accountability and with regards to the prevention of human rights violations. It is bureaucratic laziness and dereliction of duty on the part of the City Manager, who according to the City website "leads the team of City departments and staff to achieve the City Council's vision of a thriving community of sustainable wellbeing." Instead of leadership, innovation and problem solving, Mr. Cole prefers to put his head in the sand. He tarnishes the progressive image that Santa Monica aspires to and fails in his fiduciary duty to its residents. Is it time to amend the City Charter to have an elected City Manager who would be accountable to the taxpayers?

Following this Council's hesitation to extend the funding for OPCC, Mr. Maceri embarked on a mission of damage control.

It is reported that clients were told by the management not to give negative feedback about OPCC at any public forum. It's also reported that the management told the clients that the shelters would be shut down unless the clients produce good reviews, including positive written statements about OPCC. The Santa Monica City Attorney felt it necessary to send an email to Mr. Maceri informing him of the clients' First Amendment rights to free speech. This is just one of many examples of civil rights violations by John Maceri and OPCC. 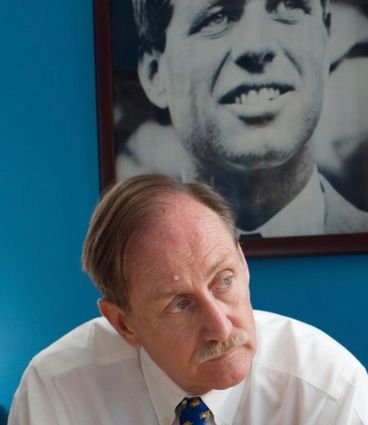 City Manager Rick Cole describes himself as an agent of change and poses with a portrait of RFK, a committed advocate for the poor.

In March Mr. Maceri continued his damage control mission with theatrics before this very Council, and claimed that the handful of clients whom he had brought with him had in no way been coerced to show up. Does anyone here really believe that? Since the beginnings of our public advocacy, we have been reporting intimidation, threats, and acts of retaliation against the clients by many of the staff. These were also reported by KPCC and discussed in an ACLU investigative focus group with OPCC clients. Mr. Maceri has repeatedly denied the existence of any threats or intimidation at OPCC. Yet he certainly implied here that if OPCC has housed you, you have no right to criticize them. This is called quid pro quo, and all the clients are aware of it. Those still unhoused understand that displeasing the management in ANY way, will jeopardize their interim or permanent housing.

Do Mr. Maceri's proclamations about the lack of civil rights violations hold as much water as his claims that 95% of the clients in supportive housing remain housed? This appears to be the only statistic OPCC likes to mention. But would an independent audit confirm that percentage? The City relies solely on self-reported, unverified data submitted by OPCC.

Does this City Council think that the taxpayers, who foot OPCC's bill are not watching? When money is knowingly dispensed without accountability and for unlawful purposes, isn't it considered fraud and misuse of public funding?

This text was delivered as public comment at the 6/5/19 Santa Monica City Council meeting.