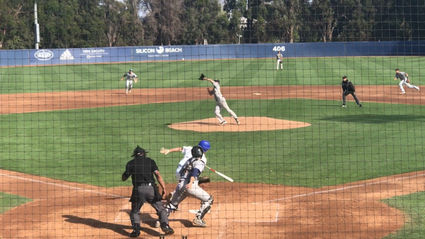 The last inning of our final CIF game pretty much summed up our season. We faced Torrance which was the #1 seed. We were down 10-2 with 2 outs. Rather than giving up, our team rallied and scored some runs. It was magical. Every senior that went up to bat got a hit. Although we ended up losing 10-7, we kept our heads high and were proud of our accomplishments through our the season.

Like that last inning of my high school career, we rallied the whole season. We came in to the year with such a large debt from last year looming over our heads, our season was in jeopardy. If that wasn't bad enough, our coach resigned and our field was torn apart.

Thankfully Willie Cabrera stepped up to coach us.  Also, we were promised our field would be complete by opening day. This did not happen. We would be at practice and we'd here drilling,  jack hammering, and pounding throughout. Coach Cabrera, along with his assistant Coach Darren Norris kept us focused. We began our season playing many away games due to our field conditions.

During pre-season play we won the majority of our games. Our team got along great, especially the seniors that had been together since freshman year.

However, we got off to a rough start during league play. We quickly found ourselves near last place. Coach Cabrera and Coach Norris never gave up on us. I often wondered why these coaches stepped up to take on such a huge job with very little pay.

The night of our end of season banquet, I got the answer. They had been with the seniors from the start of there sophomore year. They watched us grow and knew we were a special group that never gave up. By the end of the season, we proved them right. We ended League in 2nd place.

Last year I was out the majority of the season due to a tear on my growth plate. I thought my baseball career was over. When I finally was able to play I continued to post videos along with my grades on the NCSA site. I really didn't think anything would come of it since every athlete knows your 11th grade year is the most crucial to be recruited.

With the many countless hours coach Cabrera worked with me out of team practice time, I can certainly say without a doubt this led to my success. Coaches began expressing interest in me and I received offers to play baseball at colleges as far as Missouri. 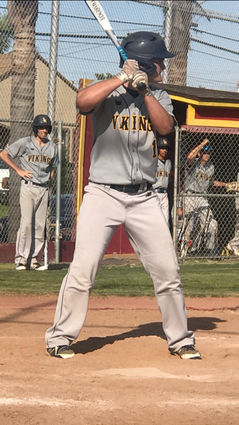 When Menlo College reached out I was excited to go visit and quickly accept there offer. It's like a dream come true to play for such a prestigious business college and receive a great education at the same time.

Much like that last inning, giving up was not an option. Good grades, hard work, and determination is what got me where I am today. To the many student athletes that will face injuries, don't let it spoil your dream. Work twice as hard, advocate for yourself and stay focused.