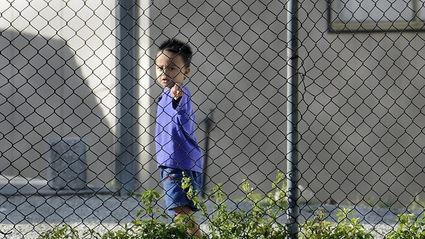 Canberra (dpa) - Australia's onshore immigration detention is becoming "harsh and restrictive" and "more and more like prison" with the average stay longer than any other developed country, the Australian Human Rights Commission (AHRC) said Tuesday in a new report.

"We have grave concern about how risks are managed in Australian immigration detention centers and the human rights consequences for detainees," said Edward Santow, one of the commissioners for AHRC that inspected detention facilities across mainland Australia.

The commission said the detention system is increasingly using restraints, such as handcuffs, and raised concern about conditions in high-security accommodation compounds, with excursions, personal items and external visits being restricted without considering the reasons for restrictions. 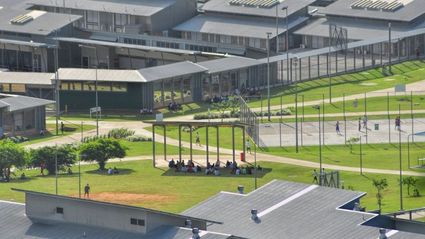 A view of the Australian detention center on Christmas Island

"Australia's system of mandatory immigration detention... continues to result in people being detained when there is no valid justification for their ongoing detention under international law," the report said.

There are between 1,200 to 1,500 people in immigration detention in Australia, with more people now being detained after their visas were cancelled on character grounds, mostly due to criminal history.

Earlier, the majority of people in immigration detention were asylum seekers who arrived by boat.

The number of people arriving via boat has significantly decreased due to stricter government policies, including the introduction of a policy to turn back the boats. Those types of asylum seekers are detained in offshore camps on the Pacific Islands of Nauru and Papua New Guinea, where more than 800 people have been held since 2013.