The Biggest sporting event in the world just took place over the weekend and it was a thriller!

1.5 Billion Watch Cricket match between India and Pakistan. Most American's think Cricket is a wireless company. 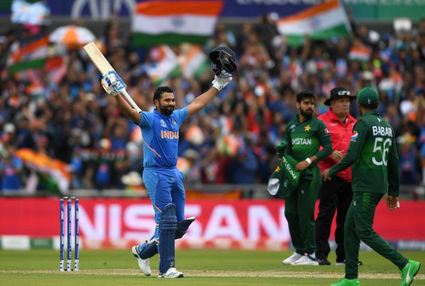 Move over FIFA, Wimbledon, Basketball, American Football and the rest. The biggest sporting event in the world, which took place over the weekend, is none of these, but actually a Cricket match between India and Pakistan! And it's happening during the preliminary rounds of the Cricket World Cup in Manchester, United Kingdom on Sunday. And it beats all the rest!

The FIFA World Cup Final last year between France and Croatia had roughly 1.5 billion viewers. Yet this standard, Round Robin match between India and Pakistan during the Cricket World Cup Tournament, which took place on Sunday the 16th of June 2019, reached the same. To get a scope of the magnitude of this game, if ONLY Indians and Pakistanis watched a game between these two countries, they alone would reach over 1.5 billion! But of course Cricket, an English sport, is an international game played by many of the Commonwealth countries. Unlike Soccer where 32 Teams played, only 10 countries will be playing at the Cricket World Cup, which takes place in England and Wales from May30 to July the 14th. It turns out you don’t need the whole world with almost 200 countries to compete- only 10 of the best will do since they carry all the numbers that matter.

Cricket is beloved in the Indian subcontinent – India, Pakistan, Sri Lanka, Afghanistan and Bangladesh. But it is particularly enormous in India where it is a religion to most. Any cricket match where India is playing will get more than a Billion loyal, obsessed fans glued to the screen for 8 hours or more. Such is the power of this amazing sport. It also has huge followings in Australia, New Zealand, South Africa and of course England.

The most lucrative sporting league in the world today is the IPL- Indian Premiere League, a cricket tournament modeled on the English Premiere League with international players being parts of the competing teams, all of which are for various Indian cities. The players are bought and bid via an auction for Indian tycoons and conglomerates and the going rate for each player are in the millions. On very relative terms, the IPL players get paid the most than any other sports, because they get paid a massive rate for only a few weeks of playing as compared to almost all year in case of soccer. 80% of the international revenue in the sport of Cricket actually comes from India making the Indian Cricket board, the BCCI, the richest in the world and it is a small little cricket club in India that is the most profitable as well.

But this match that took place on the 16th of June was no ordinary game. It was a bitterly contested game, underscored by politics, emotions and nationalism between the two teams. To understand the rivalry, one needs to take a trip down history lane. Pakistan used to be part of India till 1947 when there was a partition to create a Muslim state- Pakistan and a Hindu dominated secular state- India. In the last 72 years however there have been four wars instigated by Pakistan with India and numerous terrorist attacks- the most famous of which was the 26/11 Mumbai attacks. The main issue of contention between the two countries is the ownership of Kashmir- a state that was given the same choice as all the other princely states in 1947 to pick between India and Pakistan. It eventually did go with India signing an Instrument of Accession in 1948, which is a legal and legitimate document integrating it with the rest of India. So today, Kashmir is a legitimate and integral part of India. However, for the past 70 years or so, Pakistani army has never come to terms with the reality that a Muslim majority state like Kashmir would actually go with Hindu India, and to this day, they feel Kashmir should be a part of Pakistan. It however has Zero moral or legal case over Kashmir. Because Kashmir borders Pakistan, there is sadly a regular dose of indoctrination and Islamic ideological support and a push for a separate state. Weapons and terrorism are regularly transported across the vulnerable border turning this into a war zone.

Due to increased terrorism and attacks by Pakistan over the years, the two countries have stopped playing bi-laterally. Once every 4 years they do both compete in the World Cup. At the deepest level, it is more important to each team that it defeats the other- going on to win the actual World Cup in the end is an after –thought.

Despite fervor and brilliance, Pakistan has NEVER beaten India during a World Cup match. The score sheet is 7-0 in favor of India. India has been the Cricket World champion twice and Pakistan has come close once with no cigar and never held the championship trophy. Pakistan was decimated in this game on Sunday and the anger of the Pakistani fans led to a frenzy online with funny memes making fun of their own team for their abhorring performance. 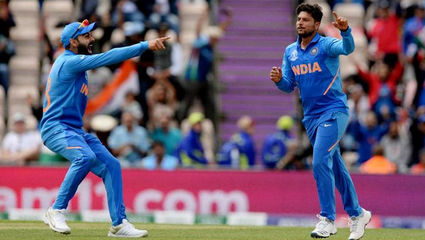 Manchester is a city with a huge Pakistani and Indian population and the stadium did not have an empty seat in the house. Unless India makes it to the final on the 14th July, this match would have been the most watched match in the entire tournament and indeed in the world. But there was an overwhelmingly number of Indian fans in the stadium who had the bought up all the ridiculously expensive tickets within hours of them being released for sale. Many have traveled from all over the world and will be staying in London for the month to hopefully see team India lift the world cup again.

That’s is why this game is so special and also a rare moment of mutual respect and unifying in the name of Cricket! Where the two nations set aside their political sentiments and battle it out on the Cricket field.