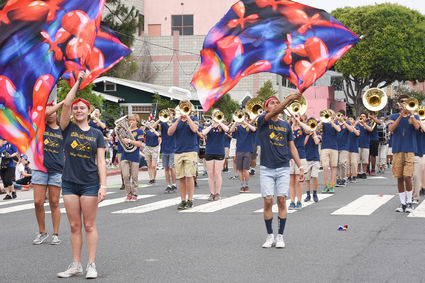 The parade featured more than the usual protests, this is after all the Trump era. One lady had a shirt that said "children in cages." And local peace activist Jerry Rubin was there. 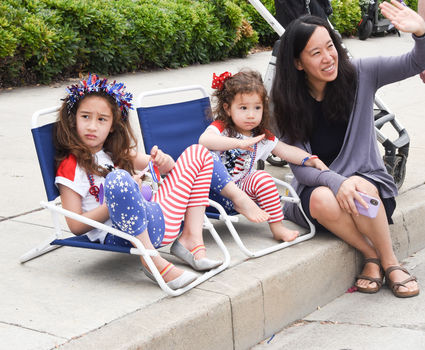 The parade centered around children, naturally

The santa monica high school marching band was there, as were the usual stilt walkers. The quake did not throw them off balance.

An earthquake literally occurred during the parade, the first of two back to back earthquakes centered near Ridgecrest California. This was the first one, the 6.4 earthquake. Few people seemed to notice it however, and the parade was not interrupted.