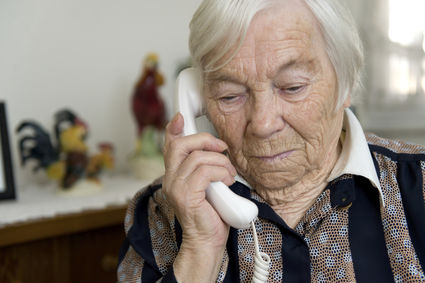 WASHINGTON, DC, July 8 -- Seniors may get robocall relief if a new Federal Communications Commission [FCC] ruling prompts phone companies to implement technologies that automatically block them. Dan Weber, an advocate for older Americans, says the ruling is a step in the right direction.

Verizon issued a statement hours after the FCC announced its decision. In it, the company stated that it is "putting robocallers on notice. We've got their number and we're taking big steps to stop them from doing what they're doing."

Meanwhile, Apple has announced a new software update will be available in the fall that can automatically block unwanted spam callers.

Weber says, however, that he is taking a wait and see attitude regarding these latest efforts to rein in phone scammers. "It's a lucrative crime and the perpetrators are tech savvy enough to find new ways to prey on the elderly."

He cites an article on the FCC ruling published by Politico, which noted that: "experts warn that callers slinging bogus tax bills and insurance schemes might still find a way to get through. Calls originating from overseas could present a technical challenge. And the measures are voluntary: phone companies won't be required to take advantage of the call-blocking systems that the FCC is encouraging and could charge consumers fees for using them."

Tech journalist and privacy advocate Paul Bischoff recently prepared an elder fraud analysis of phone scams targeting seniors for the technology research firm, CompariTech. The Bischoff report provides an eye-opening state-by-state assessment of elder fraud. He told AMAC that the FCC ruling to stop unwanted robocalls "is a step in the right direction but ultimately might not have the desired impact for consumers."

The report revealed that seniors are primary targets for fraudsters accounting for 38% of scams and that there are an estimated 5 million cases of elder fraud annually resulting in $27.4 billion in losses.

"We are hopeful that the new focus on protecting the elderly from phone scammers will have a positive effect going forward. In the meantime, just hang up if a caller starts asking for personal information or makes threats. Don't take their word for it if they say they are calling on official business. No official will ever ask for you to reveal account numbers, Social Security numbers, Medicare id's over the phone."

One suggestion from me; Just ignore any calls if you aren't familiar with the numbers. 90% of time those calls are coming from spammers and scammers. It's better to just block the numbers and file a reports to the FTC and also some websites like http://whycall.me.