Why does school begin in Mid August instead of in September, as it did 20 years ago? 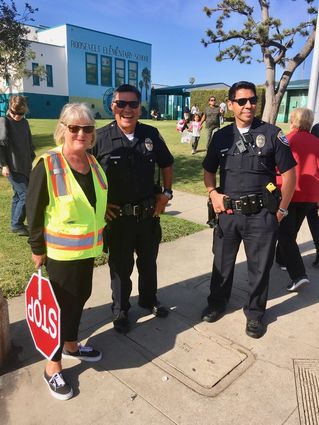 Parents and kids will need to figure out where they are going to be dropped off. The SMPD says this will cause increased traffic, and urged local drivers to leave early and be patient.

SMMUSD has about 12,000 students. It has ten elementary schools, two middle schools, three high schools, an adult high school, and an alternative school.

Why does school begin in Mid August instead of in September, as it did 20 years ago? It's about testing. Schools that begin later have a disadvantage in statewide testing, as their students take the standardized tests after fewer weeks in school. This leads to lower test scores and lower rankings for those schools.

In the United States, summer vacation lasts two to three months. The dates vary depending on the location of the school district, with two major formats. Most schools in the Northeastern United States end in June and start the Wednesday after Labor Day (the first Monday in September, with teachers reporting back on Tuesday), while the majority of schools in the Southern United States have schools end in May and start again in August.

The origins of the summer holiday break are often believed to be rooted in agriculture. It is widely believed that the school calendar follows the agrarian farming calendar because during the settlement of the United States, the nation primarily consisted of a farming population. This belief maintains that the current school calendar has a two to three-month break so that children could assume the necessary tasks of planting and harvesting crops. However, planting of most crops occurred in the spring and harvest occurred in the fall. Rural schools would often break for spring and fall seasons, but continue schooling throughout the summer.

The modern school calendar has roots in 19th century school reform movements seeking standardization between urban and rural areas; multiple causes lead to the summer break known by modern American students. In fact, schools in the early 1800s held school throughout the summer. As schooling progressed through bureaucracy, society’s population growth and change, as well as improvements in technology, such as better transportation for students and air conditioned buildings, school calendars also changed.