Two were remembered as ocean enthusiast and gentle colleagues. Both resided in the same condo building 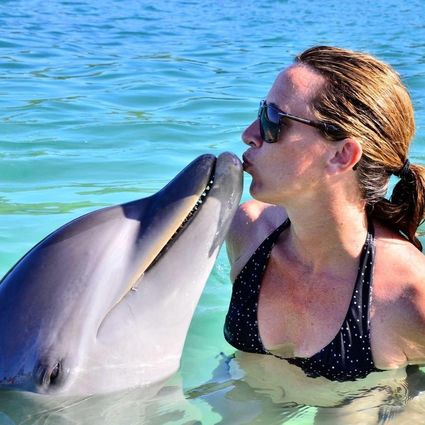 Marybeth Guiney was among the divers lost in Monday's incident

The Torrance Daily Breeze website reports that two Santa Monica residents are among the dead in the Labor Day fire on the diving boat off Santa Cruz Island. Colleagues and friends told the Torrance newspaper that Marybeth Guiney and Charles McIlvain, both of whom were diving enthusiasts and lived in the same Santa Monica condominium building.

Guiney, a sales director and ocean enthusiast, left a Facebook page imploring people to protect dolphins and other sea life. Friends remembered her as an outgoing, happy young woman.

"She was such an inspiration, a voice to help understand and protect sharks, and shared her pictures and stories as she traveled the world," one friend wrote on Facebook. "She was endlessly energetic, optimistic and always had a smile to share. Just can't believe it. What a tragedy for so many."

Another wrote: "Her gentle and sweet nature made her a great companion ... Marybeth was `good people."' Another added: "You were hysterical. You were real. I will always think about you and smile."

Charles McIlvain, 44, worked as a visual effects designer for Walt Disney Imagineering. His wife, director Jasmine Lord, was not with him on Conception dive boat. Her online posts said she spent the weekend in Miami - in the path of Hurricane Dorian.

McIlvain's friends wrote that he was one of "the kindest, funniest people you'll every meet. ... . .. anyone who knew Charles 'Chuck' McIlvain would know how full of life he was, how contagious his laugh and his smile was and what a warm soul he had," another friend wrote.

Others who live in the Condo complex told NBC4 that Guiney would often go on dive trips with McIlvain and his wife. 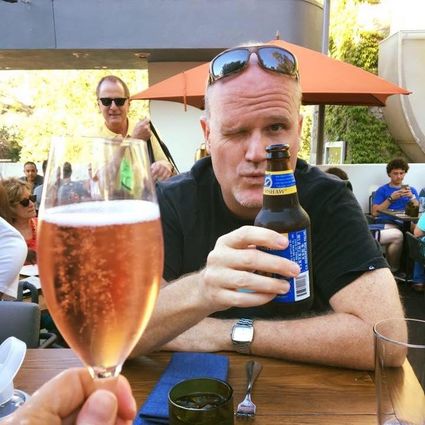 Charles McIlvain was among the divers lost in Monday's incident

Of McIlvain, one neighbor told the station: "He's the kind of guy who's always happy - 8 o'clock in the morning, he's happy. Comes home from work at 7, he's happy."

At 6 p.m. Thursday, the environmental group Heal the Bay plans to hold a community gathering in honor of all the victims of the fire. The gathering will be held at Heal the Bay's aquarium beneath the Santa Monica Pier.

The five crew members survived the fire, which erupted around 3:15 a.m. Monday. There were 34 other people aboard. As of Tuesday morning, 20 bodies had been recovered, and four to six more were spotted inside the sunken wreckage. The rest are presumed dead although their bodies have not been found. Authorities have asked family members to provide DNA, in order to better identify the bodies.