Dorian Stalled in Bahamas; Life-Threatening Impacts Expected All Along Southeast US Coast this Week

"In many ways #Dorian is an even worse hurricane today than yesterday. Forward motion 24 hours ago was 7 mph, now essentially zero. A stationary major hurricane over low-lying populations is the worst. Also it's a bit larger now and high waves extend much farther from center." Tweeted Dr. Rick Knabb, a hurricane expert at The Weather Channel on September 2nd at 2 pm EST.

Meanwhile, 2 deaths of children have been reported from the Bahamas, a 6 year old boy and his 4 year old sister.

"Storm surge flooding is one of the most destructive and deadly impacts from hurricanes. Water levels are already rising along the SE coast ahead of #Dorian. Low-lying coastal areas are extremely vulnerable to this surge. Don't wait, evacuate!" says the National Weather Service

The storm is now visible from the International Space Station. @astro_christina captured these images of #HurricaneDorian on Sept. 2 from the space station as the storm churned over the northwestern Bahamas. #Hurricane #Dorian 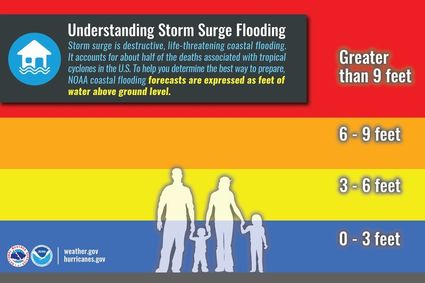 Hurricane Dorian is an extremely powerful tropical cyclone currently affecting the Bahamas and threatening the Southeastern United States. The fourth named storm, second hurricane, and first major hurricane of the 2019 Atlantic hurricane season, Dorian developed from a tropical wave on August 24 in the Central Atlantic. The system gradually intensified while moving toward the Lesser Antilles, before becoming a hurricane on August 28. Rapid intensification ensued, and on August 31, Dorian intensified into a Category 4 major hurricane. On the following day, Dorian reached Category 5 intensity, peaking with one-minute sustained winds of 185 mph and a minimum central pressure of 910 millibars. while making landfall in Elbow Cay, Bahamas, at about 1 am EST. Dorian made another landfall on Grand Bahama several hours later, near the same intensity.

From August 26–28, the storm affected Caribbean nations and territories devastated by hurricanes Irma and Maria in 2017. Extensive precautionary measures were taken to mitigate damage, especially in Puerto Rico, where one person died. Damaging winds primarily affected the Virgin Islands where gusts reached 111 mph. Elsewhere in the Lesser Antilles, impacts from the storm were relatively minor.

On September 1, Hurricane Dorian made landfall on the northeastern Bahamas, devastating the islands and generating destructive gusts over 220 mph.