Both riders are hospitalized with serious injuries. 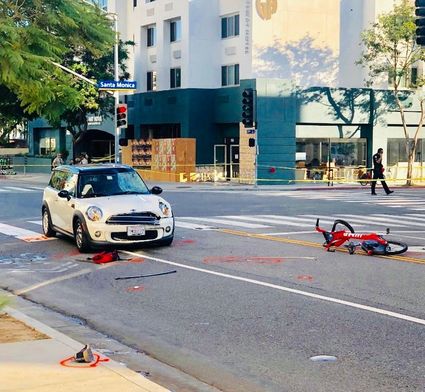 Bicycle crash on Santa Monica Blvd and 20th on Thursday

Two cyclists in as many days have been seriously injured on busy streets in Santa Monica, forcing the closure of main arteries for several hours. 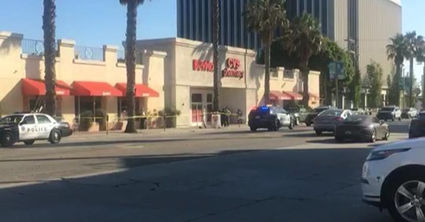 The first one happened at 4:30 Thursday, on 20th and Santa Monica Blvd. A teenager on a Jump bike was struck by a Mini Cooper. Surrounding streets were closed for several hours while Police investigated the scene.

Then on Saturday a young man on a bike was hit at 3121 Wilshire Blvd, also at around 4:30. Eastbound Wilshire was closed from Berkeley to Centinela for about three hours.

Neither were wearing helmets, and both are hospitalized in serious condition.

"Jump Bikes" are rental bikes provided by a subsidiary of Uber. They are partially electronic (i.e. Electronic assisted). Commonly, tourists rent them.

The sentence about the riders not wearing helmets is really disappointing. Helmets are not required by law and the sentence winds up reading like a sort of victim blaming—as though the riders are partially to blame for their injuries when all the blame is likely with the drivers that hit them.