MIT Investigates Who Was Smart Enough to Work for MIT, but Also Dumb Enough to Accept Money from Convicted Child Molester Jeff Epstein.

Self Loathing: MIT Hires a Law Firm to investigate Donations Made by Jeffery Epstein to MIT 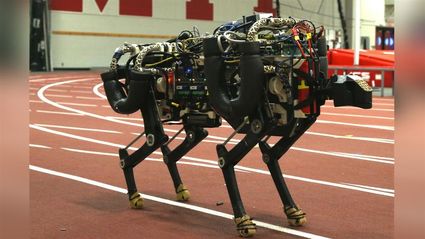 MIT's Cheetah Robot Can See and Jump Over Hurdles, but this did not apparently include donations from Jeffrey Epstein related foundations. So what?

No people on earth excel in self flagellation better than American academics, as proven this week by the Massachusetts Institute of Technology. The prestigious ivy league college issued a press release saying that it had "retained the law firm Goodwin Procter to perform a thorough investigation of the facts surrounding Jeffrey Epstein's interactions with MIT."

The question appears to be which particular foundations that donated money were actually connected to suicidal uber pervert Jeffrey Epstein, and which were not.

I'm not entirely sure why lawyers make better investigators than say, private investigators or forensic auditors. I guess maybe the University is thinking of suing itself. Or defending lawsuits from, actually I'm not really sure who said lawsuits would be from, since MIT was no more connected to Epstein than was the Starbucks where he bought pumpkin spice lattes on occasion. But when it comes to child molesters, better safe than sorry.

Perhaps the investigation will reveal a few MIT employees they can blame for taking the guys money, and then fire them. Of course, money is just money, and Epstein appears to have made his money legally, through the purchase and sale of options, securities and other derivatives.

Epstein died with a fortune estimated to be worth $577 million. No, really. I mean the guy owned two islands in the US Virgin Islands, not to mention a Manhattan mansion and other real estate. So there is plenty of money to go around to his victims, the list of which seems to keep expanding.

Facing new charges of child molestation, Jeffrey Epstein died under mysterious circumstances in the Manhattan Federal Prison, early in the morning on August 10, 2019. The coroner ruled Epstein's death was a suicide.

To the members of the MIT community,

After recent events centered on the Media Lab, I know there is a tremendous sense of pain, sadness and disappointment across campus and throughout our global community. We all want answers.

For now, I write to share two important updates.

Last Saturday, we retained the law firm Goodwin Procter to perform a thorough investigation of the facts surrounding Jeffrey Epstein's interactions with MIT. This work has already begun. We have asked the firm to explore all donations received by MIT, both those that came directly from Jeffrey Epstein and his associated foundations, and any donations that may have been received at the direction of Jeffrey Epstein. In addition, the investigation will cover who at MIT may have been aware of the donations. We have instructed Goodwin Procter to follow the evidence where it leads, and we are counting on this independent investigation to ascertain the facts. As I noted on Saturday, the firm will report back to me and to the Executive Committee of the MIT Corporation, MIT's governing board.

If you have information relevant to the investigation that you would like to share with the law firm, please email [email protected]

To be thorough, such an investigation will take time, on the order of a month. Although media reports will continue to focus on the issues during this time, I am hopeful that the MIT community will avoid forming a final judgment before the process is complete and will respect the privacy of members of our community who may have become involved in this matter in the course of doing their jobs for MIT. 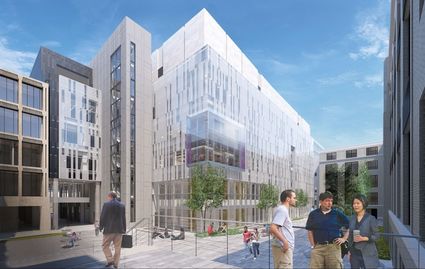 From the MIT Campaign for a Better World--betterworld.mit.edu

Once we have the results, and once our separate internal review of our current processes on gift acceptance is complete, we will be able to understand what happened and what needs to change.

Supporting the members of the Media Lab must now be at the center of our attention. The Provost has asked the Dean of the School of Architecture and Planning to work with the Media Lab community on interim leadership for the lab and a search for the next director. The interim plan will be finalized shortly, and we will share the news as soon as possible, along with other plans to support the lab community.

I know this is a difficult and disorienting moment. But I have profound faith in the MIT community to learn from these events and find a constructive way forward.