Malibu Half Marathon and 5K runs across Zuma Beach Sunday

2500 runners competed in the annual event under clear skies 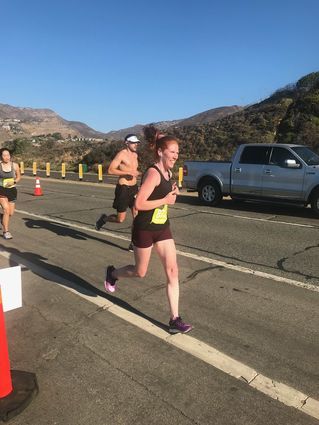 The eighth annual Malibu Half Marathon ran through Zuma Beach on Sunday, Nov. 6. A 5,000 meter fun run also had a few hundred entrants.

About 2,500 runners ran the annual event, which organizers described as a rare opportunity to run on Pacific Coast Highway along the beach without fighting traffics or cars.

48 year old Ken Rideout of Pacific Palisades won the event overall, with a time of 1:13:26. 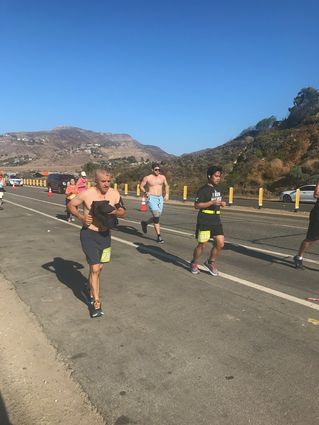 Both the half marathon and 5K started and ended just north of Point Mugu beach. From the starting line, the course proceeds south, passing Mugu Rock. After making the turnaround (just north of Neptune's Net restaurant for half-marathoners), runners head back up the coast to the finish line.

The race started at 7 am PST, but it seemed like 8 am since daylight savings time ended the night before. A VIP booth offered beer, French cheeses, and 5 minute massages to anyone willing to pay $75 on top of the $100 entry fee.

To be clear, the event was on the roadway, and not along the beach. But you can't have everything. Even in Malibu.