Westside's 'The Nutcracker' is a close rendition of George Balanchine's classical Nutcracker ballet, paying homage to the original danced in 19th-Century Russia 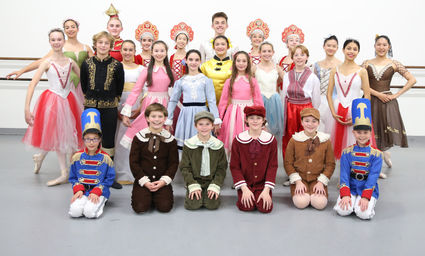 A winter wonderland awaits at Westside Ballet of Santa Monica's 47th production of 'The Nutcracker!' It's Christmas Eve when a mysterious gift sparks a wondrous adventure. Journey to a Land of Enchantment filled with swirling snowflakes, waltzing flowers and exciting dances set to Tchaikovsky's glorious score––performed by the Santa Monica College Symphony Orchestra led by Maestro Elizabeth Stoyanovich.

With over 100 dancers on stage this season, 42 will be Santa Monica residents and students, and 25 SMMUSD students from five district schools will perform in 'The Nutcracker'

Westside's 'The Nutcracker' is a close rendition of George Balanchine's classical Nutcracker ballet, paying homage to the original danced in 19th-Century Russia. Westside Ballet's co-founder Yvonne Mounsey danced professionally with George Balanchine, as one of his original New York City Ballet's prima ballerinas. Mounsey brought his Holiday Classic to Southern California in 1973, adding a few touches of her own artistic choreography.

Eve Karayev (12), a seventh grade student at Lincoln Middle School and Gabriella Calderon (12), a 6th grader at John Adams Middle School in Santa Monica, both star in the coveted role of Clara.

When not dancing at the studio, Eve works hard academically as well, to maintain her status as a National Junior Honor Society Student, which requires a high GPA – as well as volunteering and contributing as a positive member in her community

"Dance is the most important part of my life, because it's a way to express myself," says Calderon. "I enjoy the musicality and the focus of being in the moment. I appreciate the teachers at Westside because their encouragement, caring and personalized instruction helps dancers grow and improve. My dance friends also mean a lot to me. We can relate to each other because of ballet, and we have fun."

Daisy Kohner (16) is a Brentwood resident and Sophomore at Crossroads School for the Arts and Sciences in Santa Monica. She is performing in her 7th production of The Nutcracker in the roles of Lead Arabian, Lead Angel, a Demi Flower, Mirliton, and in the exuberant and difficult 'Snow' dance in the corps de ballet. "Performing the Nutcracker year after year is an amazing experience because it makes you appreciate each part. Each year a new role allows me to explore its challenges and love the joy it brings," explains Kohner.

Chloe Butler (14) - a resident of both Pacific Palisades and Santa Monica - is a advanced-intermediate dancer at Westside Ballet, and in 8th grade via an online school "Laurel Springs," and formerly of Crossroads School in Santa Monica. Chloe's dancing talent will be showcased as the lead Centre Chinese Tea dancer. Chloe will also dance in the beautiful Waltz of the Flowers dance as part of the corps de ballet.

According to Executive Director Allegra Clegg, engaging with the community is a priority for Westside. "We offer a free 'Dance Talks' enrichment series throughout the year in which guest lecturers give informal talks on the many attributes of dance in a child's life. Since our inception, we have offered affordable performances and donated thousands of tickets to deserving community organizations This year we are pleased to announce a new partnership with the Boys and Girls Club in Santa Monica where we are now offering ballet class as part of their after school program."

This production of The Nutcracker is made possible in part by: a grant from the City of Santa Monica – as well as grants from The Rotary Club and Pacific Palisades Woman's Club – and sponsorships from local Santa Monica individuals, organizations, and businesses such as The Huntley Hotel, Ovation, Lyft Scooters, Urth Caffe, Audi of Santa Monica, and more. 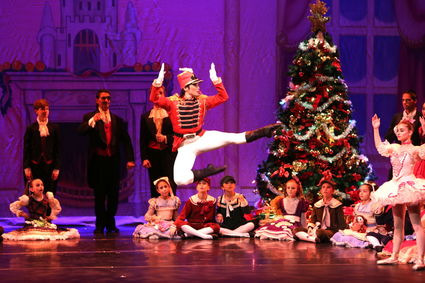