The Pico Neighborhood has become a very desirable area for developers and land speculators. Can Pico be saved? 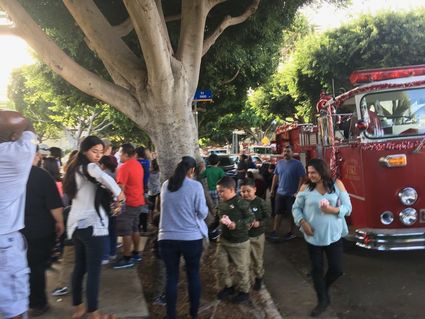 Street festival last year in the Pico neighborhood. Will families be replaced by construction?

On Tuesday December 17th, the Santa Monica City Council will be voting on a set of zoning recommendations for Pico Blvd. submitted by City staff under the Pico Well-being Project.

Residents have seen an increase in private investment in our neighborhood while at the same time long term residents feel a real threat to their ability to live and thrive in Santa Monica. In response to the increase in gentrification and land speculation the Pico Neighborhood Association (PNA) advocated for zoning rules that would work to protect the character and scale of our neighborhood. However, what was intended to be zoning rules that would protect the character and scale of the Pico Neighborhood has now been weaponized against residents and long-term renters in rent control units.

The process that was utilized by City staff worked to undermine the initial intent of the policy that was voted on by the Santa Monica City Council. From the start the SM Planning staff made key decisions in the process that limited the scope of the zoning rules, the discussion and outcomes.

It was decided that they were only going to focus on Pico Blvd from Centinela to Euclid and only "uses" would be discussed although both the PNA and FOSP advocated for a change in zoning designation from Mix Use Blvd. Low (MUBL) to Neighborhood Commercial (NC). In fact, the facilitators were adamant that they would not discuss anything but "uses" during their workshops, essentially silencing residents from engaging in an authentic discussion on the impact of zoning rules such as "uses" on our neighborhoods as it relates to gentrification.

We question the authenticity in the facilitation to truly engage Pico Neighborhood and Friends Of Sunset Park (FOSP) residents in the process.

Our perception of the facilitation approach by the City Planners was to design discussions and exercises to guide the participants to set of recommendations for Pico Blvd. These workshops were clearly designed to limit participation, guide the discussion to pre-determined outcomes that would incentivize demolition, development and displacement on Pico Blvd. and ultimately going against the original intent of the policy to protect the character and scale of our neighborhoods.

We are concerned with the recommendations that are being presented by the City Planners and the Pico Well being staff. The purpose and intention of the zoning rules that PNA and FOSP advocated for was to protect the character and scale of our neighborhoods at a time when land speculation and gentrification is rapidly transforming our neighborhood.

1. The recommendation to Increase Flexibility and loosen building restrictions will act as an incentive to redevelop the boulevard and will no doubt result in many existing small businesses to lose their leases and be pushed out of the Pico Blvd. due to an increase in market pressure. These changes will have a direct impact on the character of our neighborhood.

2. The recommendation to expand the width for store fronts from 40ft to 50ft will have a direct impact on the scale of the buildings that are being incentivized to be redeveloped. This change will affect the Floor Area Ratio which will no doubt increase density and height.

3. They also want to eliminate the 50 seat limitation for restaurants without fully taking into account the impact on parking availability such as spill over of parking by patrons into the neighborhood streets. The zoning changes proposed by the City's Pico Wellbeing Project will have an impact on our neighborhood's character and scale.

Let's face it, the City of Santa Monica's Pico Wellbeing Project is a public relations strategy that works to distract residents from enacting real protections from the ever growing land speculation and displacement of long term renters in the Pico Neighborhood. The same people that hide behind words like "Pico Wellbeing" or "affordable housing", while working with City Planners to establish policies that will result in the loss of many existing small businesses on Pico Blvd. and replacing them with upscale businesses that will not cater to the diverse demographic of the Pico Neighborhood. These policies will no doubt create market pressures that will continue to drive up rent prices and will result in the displacement of many families living in the Pico Neighborhood. Moreover, the expression of long term residents who feel "this isn't for us" will be exacerbated.

This is clearly a City-run Pro-GENTRIFICATION project under the guise and illusion of a rigged "public process" with the intent to push out what they consider to be "undesirable businesses and residents" from the Pico Neighborhood. Yet, the City Planners are unwavering in their recommendations and they are using their fake process while propping up "self-serving Pico Neighborhood residents" that participated in their workshops and that support the pro-gentrification agenda while at the same time dismissing any critical voice against the City's zoning recommendations on Pico Blvd.

In fact, the City Planners have been trying to push these recommendations through since March but because of their lack of adequate resident participation they were forced to go back to the community to engage more residents. Most recently on May 15th, residents spoke out against the lack of adequate public process and the City's zonings recommendations. Housing Commissioner Michael Soloff spoke during the Planning Commission meeting about a recent study highlighting the direct relationship between large scale restaurants, bars and nightclubs and gentrification. Residents of the impacted neighborhoods voiced concern with the recommendations in particular the proposed allowable uses of bars, nightclubs and large scale restaurants being pushed by City Planners and yet there was no change in the recommendations.

The City Planners continue to ignore the reasonable request made by the PNA to continue discussion and engage more residents in the process. Both of the official neighborhood associations that represent residents that will be directly impacted by the zoning rules that are being proposed by City Planners are against the City staff's Pico Blvd. Zoning recommendations. However, if past City Council actions tell us anything is that these recommendations will be approved regardless of concerns of displacement raised by renters and small business. Why? Because big money controls City Hall and the Pico Neighborhood is up for sale to the highest bidder and the City Council is facilitating the destruction of our neighborhood's scale and character. 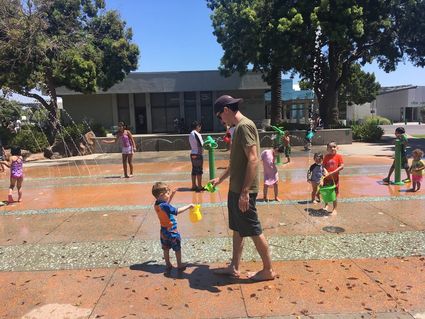 We demand a pause on any approval until an authentic, community-led public process with adequate resident participation occurs and that a community discussion on the impact that the changes in the uses on Pico Blvd. will have on height and density. We will see on Tuesday December 17th if the Santa Monica City Council really cares about preserving our diversity and our locally owned small businesses that will no doubt be threatened by these proposed zoning rules for Pico Blvd.