Kobe Bryant, daughter, 4 friends and a pilot killed in helicopter crash in Calabassas

Nine killed in a helicopter crash in Calabasas, on the way to a girls basketball game 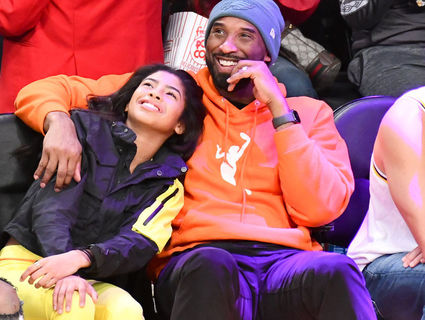 Kobe Bryant and his daughter Gigi.

Nine people killed in a helicopter crash in Malibu included basketball superstar Kobe Bryant and his daughter Gigi, said Alex Villanueva, chief of the Los Angeles County Sheriffs Dept. Bryant's other daughters Capri, Natalia and wife Vanessa were not on board the doomed Sikorsky helicopter.

LASD confirmed Kobe's daughter Gianna Maria Onore -- aka GiGi -- was also on board the helicopter and died in the crash. She was on the way to play a game. He said other victims of the crash could not be identified pending notification of next of kin. Originally sources had said the Sikorsky had five people on board, rather than nine. The Coroner's office did not immediately release the names of all the victims. Relatives have confirmed college baseball coach John Altobelli, Altobelli's wife Keri and daughter Alyssa, and elementary school basketball coach Christina Mauser

We're told they were on their way to the Mamba Academy for a basketball practice when the crash occurred. The Academy is in nearby Thousand Oaks.

Update: Could Kobe himself have overruled a pilot who thought conditions were too foggy for the flight?

At 9:06 a.m. Pacific Standard Time on January 26, 2020, Bryant, his 13-year-old daughter Gianna, and seven others took off from John Wayne Airport in OC, in a Sikorsky S-76 helicopter owned by Bryant.

The helicopter crashed in Calabasas, California, at about 9:47 a.m. and caught fire. Personnel from the Los Angeles County Fire Department attended the scene, and the fire had been extinguished by 10:30 a.m.

All passengers of the helicopter were killed. No one survived in the crash. Initial reports indicated that the helicopter crashed in the mountains above Calabasas in heavy fog.

The incident is under investigation. Witnesses reported hearing a helicopter struggling due to fog and visibility before crashing. Witnesses described the crash itself as a "fireball."

The crash occurred shortly before 10 a.m. near Las Virgenes Road, south of Agoura Road, according to a watch commander for the Los Angeles County Sheriff's Department.

Kobe married his wife, Vanessa, when he was 21 and she was 17. They had a total of 4 daughters together, ranging in age from 17 years to 7 months.

Kobe Bean Bryant, 41, was a professional basketball player. He played his entire 20-year career with the NBA's LA Lakers.

Widely regarded as one of the greatest basketball players of all time, he led the NBA in scoring during two seasons, ranks fourth on the league's all-time regular season scoring and fourth on the all-time postseason scoring list. Bryant is the first guard in NBA history to play at least 20 seasons.

In 2003, Bryant was accused of sexual assault, but the charges were eventually dropped and a civil suit was settled out of court. After the Lakers lost the 2004 NBA Finals, O'Neal was traded to the Miami Heat and Bryant became the cornerstone of the Lakers. He led the NBA in scoring during the 2005–06 and 2006–07 seasons.

In 2006, he scored a career-high 81 points against the Toronto Raptors, the second most points scored in a single game in league history behind Wilt Chamberlain's 100-point game in 1962. Bryant was awarded the regular season's Most Valuable Player Award (MVP) in 2008.

After the Lakers lost in the 2008 NBA Finals, Bryant led the team to two consecutive championships in 2009 and 2010, earning the Finals MVP Award on both occasions. He continued to be among the top players in the league through 2013, when he suffered a torn Achilles tendon at age 34. Although he recovered from that injury, he suffered season-ending injuries to his knee and shoulder, respectively, in the following two seasons. Citing his physical decline, Bryant retired after the 2015–16 season. 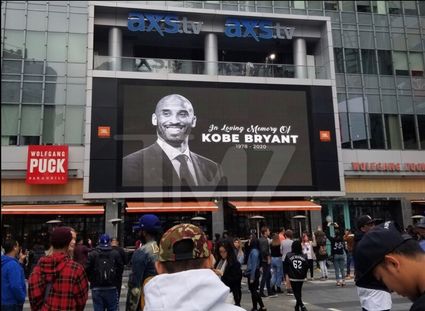 At 34 years and 104 days of age, Bryant became the youngest player in league history to reach 30,000 career points. He became the all-time leading scorer in Lakers franchise history on February 1, 2010 when he surpassed Jerry West. During his third year in the league, Bryant was chosen to start the All-Star Game, and he would continue to be selected to start that game for a record 18 consecutive appearances until his retirement. His four All-Star MVP Awards are tied with Bob Pettit for the most in NBA history. At the 2008 and 2012 summer Olympics, he won gold medals as a member of the U.S. national team. In 2018, Bryant won the Academy Award for Best Animated Short Film for his film Dear Basketball. He died on January 26, 2020, in a helicopter crash outside of Calabasas, California, at the age of 41.