All Catholic Schools to Close; All L.A. County schools shutting down due to #Coronavirus 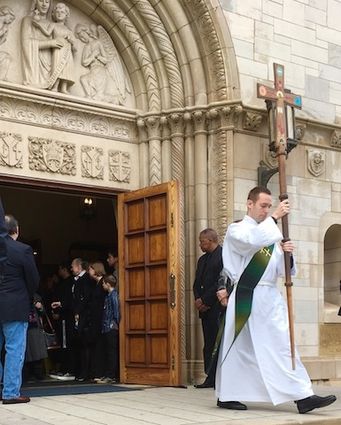 Late today, the Catholic Archdiocese of Los Angeles announced that all Catholic schools will shut down in LA, Ventura, and Santa Barbara counties. The closures will remain in affect the rest of the month. About 75,000 children in L.A. County attend Catholic schools.

The statement was issued by Archbishop José H. Gomez and Mr. Paul Escala, Senior Director and Superintendent of Catholic Schools for the Archdiocese of Los Angeles. "Closing schools in the Archdiocese of Los Angeles for at least two weeks mid-year is unprecedented," wrote Mr. Escala in a letter to all Catholic school families in the Archdiocese. "We recognize the significant impact this extended closure will have on our entire community, students, families, and staff. We also acknowledge the burden this will place on our staff and working families. As a community of faith, we must come together and help one another – communicate, share resources, offer support."

The Department of Catholic School will be working closely with principals to ensure that schools are prepared to maintain learning during the closure by providing resources for online and distance learning.

Archbishop Gomez said Catholic schools in the community serve large numbers of immigrant and low income children. "Since the outbreak of the coronavirus, we have been consulting with government and public health officials and working with our pastors, principals and school administrators to find the best ways to reduce the risk of infection. While we do not have any known cases to date, we believe that temporarily closing our schools and moving to distance-learning will help protect the public health and keep our families and neighbors safe from harm." 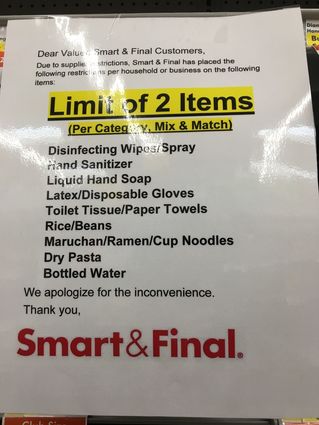 Smart and Final limited buyers to 2 sanitizers each.

The announcement came shortly after the Los AngelesCounty Department of Education announced that all schools must close, until March 27th. The department is in charge of L.A. county's 80 school districts, overseeing two million students. It's the largest regional education agency in the nation.

Long Beach Unified School District announced closures last night; LA Unified and San Diego Unified followed suit this morning. In a joint statement, LAUSD Superintendent Austin Beutner and SDUSD Superintendent Cindy Marten said: "California has now entered a critical new phase in the fight to stop the spread of the Covid-19 pandemic. There is evidence the virus is already present in the communities we serve, and our efforts now must be aimed at preventing its spread. We believe closing the state's two largest school districts will make an important contribution to this effort."