"They are the lowest paid workers at UC, and many are older and medically vulnerable." 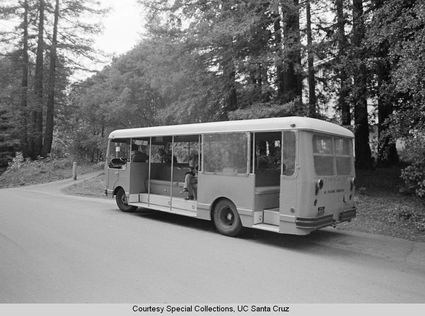 An unidentified UC Santa Cruz bus driver became the first Union employee to die from Coronavirus, the local union said. The man was a grandfather in his 60's, with apparent underlying health problems.

Laboratory testing confirmed he was positive for COVID-19, which health officials believe he contracted via community spread. He died in a local hospital early Tuesday. The man was a shuttle driver at UCSC who last worked on the campus April 2. UCSC learned of his diagnosis over the weekend, and Chancellor Cynthia Larive confirmed his death in a campus message Tuesday afternoon.

Like the other University of California campuses, UC Santa Cruz has been closed since March 15th. The press release from AFSCME 3299 follows

Oakland, CA: The University of California's largest employee union has announced the first known fatality amongst its membership due to Coronavirus.

Local 3299 received word this morning that one of its members-a campus shuttle driver at UC Santa Cruz who had been diagnosed with COVID-19 last week, succumbed this morning to complications from the disease at a local hospital. He was a father and grandfather in his 60's.

In response to the tragic news, AFSCME Local 3299 President Kathryn Lybarger has released the following statement:

"Every day, tens of thousands of AFSCME 3299 represented service and patient care workers are putting their lives on the line to perform essential jobs across our community. They are the lowest paid workers at UC, and many are older and medically vulnerable.

This morning, we learned that we had lost one of our valued union brothers, a devoted father and grandfather who was equally beloved by his colleagues and students at UC Santa Cruz. Our hearts are heavy, and go out to his family and all who are suffering due to COVID 19.

Ultimately, the work our members are doing is essential to our campuses, healthcare facilities, and our communities. It is vital that UC take immediate steps to better protect workers-by ensuring they all have access to Personal Protective Equipment (PPE), and by allowing older or medically vulnerable workers to stay home without threat to their jobs.

This tragic loss adds even more urgency to these demands, which the University has thus far failed to accommodate. Our members are determined to help UC rise to the challenge of this moment, but we will not allow their courage or selflessness to be exploited. And we will not rest until University Administrators take every available precaution to keep our members safe."