"Who is this woman?? She called me a "Whore" and Then Tried to Run Me Over With Her Bike"

I heard her shout "bitch you have a cameltoe. . . you need to go back where you came from!" 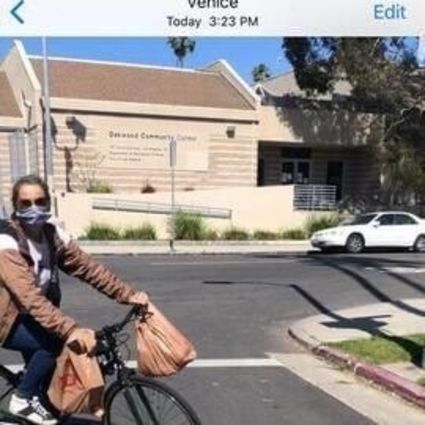 This woman on a bicycle reportedly accosts joggers, threatening them and calling them names.

A poster on Next Door reports that she was nearly run down in Venice by a masked woman on a bike who hurled insults at her. She details Wednesday afternoon's altercation, which occurred while she was running with earbuds. This woman on a bicycle reportedly accosts joggers, threatening them and calling them names.

"I was in the middle of a run (minding my own business on a sidewalk) when this woman bikes behind me near Oakwood Recreation Center park.

"I hear her shouting at me and I took my earbud out when I realized she was saying "bitch you have a cameltoe" , which I'm sure I did because I was *in the middle of a run*.

She then proceeds to accost me - telling me I'm a "whore", that I need to "go back where I came from" and asking me "where do you live" like she was going to find me. I brought out my camera and then she kind of snapped, and literally tried to run me over on her bike multiple times!"

"I had to run up the Rec stairs to get away from her! Who is this woman?? And why does she think it's ok to do something like this??   Person 1 Hair: Grey hair w mask  Top: Brown jacket, wearing a black jacket  Bottom: Jeans  Shoes: Sneakers (black and white)"