City Council acts quickly to put the Rick Cole era behind them, appointing a City Attorney who wouldn't hurt a fly. 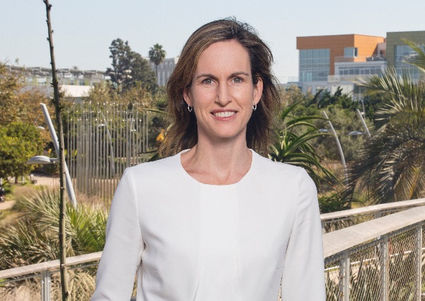 In a weekend appointment that says they must have met in secret before meeting via Zoom, the Santa Monica City Council appointed one of their own as City Manager: City Attorney Lane Dilg. This leaves open the question of who will run the City Attorney's office.

Lane is known for not offending anyone, if possible. And for doing what the Council asks, for example, by resisting districting even after the City lost a lawsuit over it.

We are in the middle of a pandemic, and it is perhaps no surprise that the Council acted so quickly and selected someone so familiar. But the fact that the press release, below, says that Ms. Dilg's "salary will be negotiated," says to me that the Santa Monica has already put a ring on Lane's finger.

"In a sudden local challenge embedded in an ongoing global pandemic, Santa Monica is fortunate indeed to have as Interim City Manager someone as qualified and prepared to lead as Lane Dilg," said Mayor Kevin McKeown. "Councilmembers, City staff, and community members who have worked with Lane during her time as City Attorney know her to be knowledgeable, wise, committed, trustworthy, and motivated by deep heartfelt love for this City where she lives with her family. Lane has already had a leadership role in Santa Monica's Emergency Operations Center, implementing public health directives, keeping essential services functioning throughout the City, and helping plan for the recovery from this pandemic and the economic crisis it has triggered. On behalf of the Council, I thank her deeply for her willingness to take on even more of the difficult work ahead of us, and call on everyone in our Santa Monica community to welcome Lane Dilg to a job that might be impossible for someone not so outstandingly qualified and prepared."

As Interim City Manager, Dilg will be responsible for the day-to-day administration of the City of Santa Monica, with a residential population of approximately 92,000, implementation of City Council ordinances and policies, oversight of 14 departments, and the City's operational budget.

Dilg will also serve as Director of Emergency Services throughout the local emergency as the City responds to the novel coronavirus (COVID-19) public health emergency.

"I appreciate the Council's faith in me," said Interim City Manager Lane Dilg. "We have an extraordinarily challenging road ahead. COVID-19 has fundamentally changed the way we work, the needs of the people we serve, and has left a devastating hole in the City budget. But our City team is strong, and we will get through this crisis with tenacity and heart. Santa Monica has a bright future. I look forward to working with the City Council to bring that future in as quickly as we possibly can."

The City Council selected Lane Dilg as City Attorney in June 2017. As City Attorney, Dilg is involved in nearly every aspect of City policy and operations, including emergency operations in response to COVID-19. She has proven to be a strong leader of the City's legal department. Her team successfully defended the City's Home-Sharing Ordinance against Airbnb before the Ninth Circuit and subsequently reached a settlement, protecting long-time residents and limited affordable housing. Other achievements include strengthening and expanding tenant protections, successfully implementing the Hotel Worker Protection Ordinance and Shared Mobility Pilot Program, joining cities in supporting the Deferred Action for Childhood Arrivals (DACA) Program, and successfully restructuring the City Attorney's Office.

Before joining Santa Monica, Dilg served as Senior Counsel to the University of California Los Angeles (UCLA), where she advised executive leadership at UCLA and UCLA Health across the broad range of UCLA's education, research, and administrative activities.

Dilg has also prosecuted federal public corruption, organized crime, and human trafficking cases as an Assistant United States Attorney in the Central District of California and served as Counsel to U.S. Senator Dianne Feinstein on the U.S. Senate Committee on the Judiciary, where she advised Senator Feinstein in the aftermath of the 2008 financial crisis and during confirmation hearings for U.S. Supreme Court Justices Sonia Sotomayor and Elena Kagan. Dilg began her career as a civil litigator at the American Civil Liberties Union Foundation and Susman Godfrey, LLP and as a law clerk to the Honorable Raymond C. Fisher. 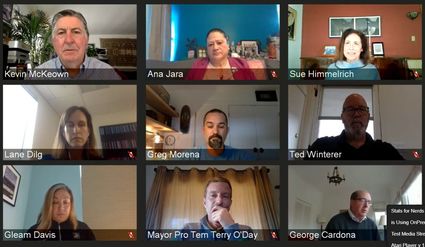 Dilg has previously been appointed to serve as a member of U.S. Senator Kamala Harris' transition team upon Senator Harris' election to the United States Senate, as a Lecturer in Law at UCLA School of Law, as the President of the Federal Bar Association of Los Angeles, and as an Appellate Lawyer Representative to the U.S. Court of Appeals for the Ninth Circuit. In June 2019, regional leaders appointed Dilg to be the President of the Los Angeles County Prosecutors Association (LACPA).

Dilg holds a law degree from Yale Law School, a master's degree in theology from Harvard Divinity School, and a bachelor's degree in history and political science from the University of North Carolina at Chapel Hill. At every stage of her education and career, she has focused on questions of how communities best live and thrive together.

She lives in Santa Monica with her family.

Dilg will assume the duties of Interim City Manager immediately and her contract and salary will be negotiated.