Covid Calibrations: An LA Car Guy Rates the Lockdown 15% Fun, 50% Boredom, The Rest.... Well I Can't Remember, But It's Something Else

I'm no fool though, I know the LA traffic pandemic shall return 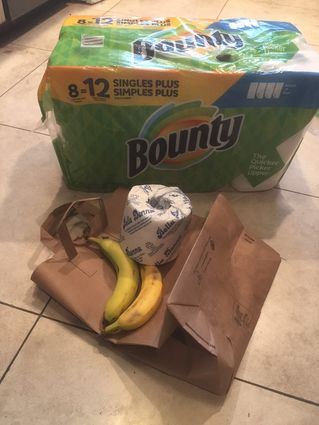 We are, many of us, so lucky to effortlessly buy that organic banana bunch at Trader Joes all these years.

Whether or not you adhere to Aristotle's dictum on the unexamined life not worth living, you've likely noticed that, like mine, your life is 30% less fun than it was prior to March. My primary social life is Trader Joes-- btw big standing "O" for all food supply workers. The grocery market is the new town square.

Conversations with people are upbeat and compassionate despite the disconnect concealing smiles at each other from behind our masks. We are smiling, you can see it the eyes.

Since I can't attend the latest Hauser/Wirth opening in DTLA and write about that, I decided to sit down and examine, not from the outside but from the interior, where hopefully Covid-19 isn't replicating like a madman preparing to suffocate me. At this writing I'm fine. And I hope you and yours are too. Stay safe!!!

Rather than whinge and rue, I'm re-analyzing what constitutes fun. We are, many of us, so lucky to effortlessly buy that organic banana bunch at Trader Joes all these years. Billions of us on the planet are not. If not quite tennis with a friend, the banana bunch might now be seen the fun reward.

Here's a calibration: I hate driving, whether in traffic or not; sitting in a car is just so un-fun, compared to The Metro in Paris or a tram in Prague. If you're alone in your car at whatever speed, it's the most lonely post-modern activity even Freud couldn't have imagined in his analysis of civilized discontents.

I grew up in LA. When I was 16 and got my first car-- a hand-me down from my dad-- I LOVED DRIVING, it was the most fun thing in my freshly freedomed speed/technology life. Back then you could drive anywhere in LA any time with no traffic. It was Once Upon A Time on the 405 in the '70's. I've now reset my mind back to age 16.

But instead of that hand-me-down, I have my amazing, fast electric car with a stereo that blows away what I had in my first car, or any car since. It's like driving my cellphone (I'll get to cellphone fun later), like a huge gift my 16 year old self would've spent all his waking hours in, and even sleeping hours; I would've slept in my car had I owned this marvel back then. Now, when I hit the road, for the Trader Joe's just off the 10FWY from my house-- I am having such big fun! Blasting music I never would've imagined when I was 16. Hip Hop is my new best friend.

And another note on this... even on the road, everyone's saying "stay safe" to each other, strangers from car to car with a smile; such a switch from "Hey learn to f-ing drive a-hole!". I hope that latter proclamation will die along with the virus, when our lives are refreshed. I'm no fool though, I know the LA traffic pandemic shall return.

And another fun calibration: Cellphones. We have this amazing Steve Jobs instrument, albeit grafted to our lives. Now, you may agree it's yin yang; it can cause a beautiful connection to global humanity and also cause stress. But what if...just WHAT IF it had never existed and you had this amazing dream you posessed this immersive thin-screen you could put in your pocket and connect with everyone you know anywhere at any time and also watch your favorite movie. Like those flying dreams we sometimes have where you can fly by just pumping your arms-- ever had one? I'm taking you back to the '80's now, when the cellphone was a brick made by Motorola. When I look at and swipe my iPhone now, its inscrutable technology packed into its sublime aluminum/glass case, it's a marvelous flying dream really happening. Suddenly that shift is like some serious crazy-ass fun!! I have a cellphone!! I'm going to google you right now! And shoot a video! Okay, maybe that calibration is a stretch...and no, I am not on drugs.

On a more serious Fun/Relativity/Calibration note: I look anew at my carpeted shelter safe prison with its refrigerator, stove and dishwasher; some furniture I made myself; a great flat screen & sound system; meaningful photos and art on the walls; bookshelves full of xclnt reading (I'm re-reading Robert Stone's Children Of Light, which ranks w/ The Player as shreddingly great Hollywood fiction...and also D.H. Lawrence, though not Camus); and beautiful guitars I can play....I'm a lucky man.

Or am I? Perhaps I'm sinner. I paused on Easter to consider the "faith in a higher power" concept; I'm basically an atheist, maybe a Buddhist. Jesus would've loved the cellphone, Buddha would've created an app. Covid-19 is a higher power with a super high-powered drive, Christianity and all other religions are high-powered faith. One created by Earth, the other by Mankind. Mankind the quotidian struggle of Good v. Evil, Covid-19 is just Evil. It invades its host then commits suicide killing it. Okay, lemme lighten slightly up and return to appliance fetishizing. In my locked down home I also have a beautiful stainless steel under-counter washer, a marvel of industrial design. I stared at it as the soapy clothes tumbled behind the round glass, feeling so lucky, a calibrated rush of fun, like the first day it was installed. Then felt slightly deflated as I considered what it would be like to wash clothes a half-mile from a mud-brick hut in a river on a rocky shore, the quotidian for many. Sometimes the river is muddy but you wash the clothes anyway. As they dry on the rocks you laugh and sing with your friends. Again, fun is relative. My gleaming washer spun and I considered where it came from, how it ended up under my counter what its footprint was. What my footprint is-- a pang of Easter guilt. Who are those people on that river shore?

They are our fellowman. We should all go back to our previous lives but perhaps not quite as they were previously. If the unexamined life is not worth living, the re-examined life certainly is. Maybe a re-examination of our daily lives impacting each other on the planet. Everyone on the planet, including that Global Warming refugee who used to sing with friends on the riverbank, who will wash in strange new rivers with strangers each month, until no rivers are left. Life is fragile. We have hurricanes, wars, 911's, you might get hit by a bus next time you step outside adjusting your mask; if you're so unlucky to live somewhere with good public transportation, and not someplace where your neighbor's mule is the only ride. 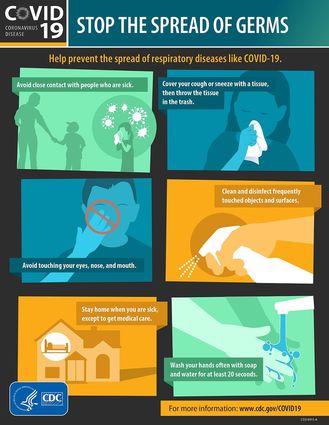 We're in a huge shift, not quantitative per this article's fun percentage premise, but a qualitative shift from what was considered quality of life: less car driving, less pollution, air is cleaner; the idea that we should treat our cars as a special tool only to be used sparingly, and consume less. Another still-speculative metric is it could be a slow (years) shift rather than a weeks-or-months one. And one hopefully shifting us permanently to an appreciation that we can't just go banging through our lives without always considering not just our own fragility but the whole earth ecosystem. An awareness of our emissions, carbon footprints, environmental destruction...basic stuff like that. Native Americans had it in their DNA while inhabiting this continent for millennia. Maybe the shift can reconnect everyone in this American still-melting pot to that DNA, proceeding into this new decade in an already horrifying new millennium. One very wise 88 yr old person told me "it's the end of an era", and she's seen many degenerative eras end yielding better times. Though not a misanthrope I slightly blame catastrophes like Global Warming & viral pandemics on mankind and our bullheaded industrialization (do read D. H. Lawrence whose novels implicitely predicted where we are now; with traces of plastic in most fish fished in the South & North Pacific.) Not to pivot this into an environmental rant; we were naïve. Yet why not focus my keyboard on that and wind down not w/ fisheries but, hey, howabout fossil fuel (ok, quick rant). Had the Chinese, with their brilliance and ancient, thoughtful history, invented the internal combustion engine in 1872 --or likely earlier-- I doubt they would've approved it. They would've surmised its smoky fumes were likely not good and scrapped it. This is the only Mother Earth we got. This COVID-19 test run is overlapped by the Big Crisis: Global Warming.

Anyway, hope you can fun-calibrate during this scary, still unpredictable time. And...Aristotle had a point. Gonna watch old Roger Federer videos now, see you around the banana bin at Trader Joes.