Reports China Has Rushed Doctors to DPRK to Treat Kim Jong Un, in a Coma After Heart Surgery

South Korea is reportedly monitoring the movements of North Korean troops, to see if they are put on alert. 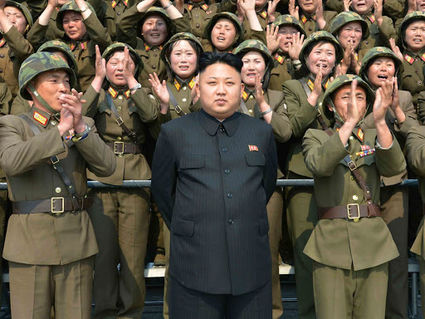 China is desperately trying to save Kim Jong Un from dying of Unspecified health problems, reports the Hong Kong Television. HKSTV is backed by Beijing, and the Chinese Foreign Minister's niece, Jennifer Zeng. She has been posting on Weibo that Kim is in a persistent vegetative state following coronary surgery, after a heart attack. Weibo is the Chinese equivalent of Twitter.

Kim has not been seen in public since April 4th. Despite much speculation in the Western Press, the DPRK has been silent on its leaders health status.

China has dispatched a team to North Korea including medical experts to advise on North Korean leader Kim Jong Un, according to three people familiar with the situation.

US President Donald J. Trump, who met Kim twice in 2018 and 2019, said a few days ago that he doubted Kim was seriously ill. South Korean intelligence also doubted the story, but has not had a chance to react to SCMP's latest.

South Korea is reportedly monitoring the movements of North Korean troops, to see if they are put on alert. This would be expected to happen if the leadership's life were in danger.

Kim, believed to be 37 or 38, has ruled North Korea since his father Kim Jong Il died in 2009. He is considered a despot who has executed 100's of people to ensure the regime's survival, including several generals and his own uncle.