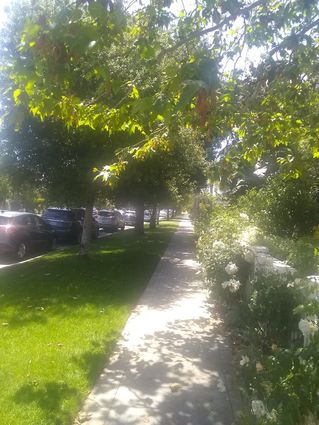 Carlyle and 10th Street is a leafy neighborhood which seldom hears gunfire.

Two men, one in his 60's and one in his 70's, shot an intruder at their deceased relatives home, drawing a large SMPD response just after 8 pm Thursday.

Santa Monica Police describe the man who was shot as a white male in his 30's. None of the men resided at the property. The shooters were executors of the Estate of the previous owner of the property. They had arrived at the house to prepare it for sale.

"On Thursday, May 21, 2020, at approximately 8:10pm, the Santa Monica Police Department responded to the 400 block of 10th Street regarding what was reported to be a burglary in progress and subsequent shooting. Upon arrival, officers locate a male white subject in his 30s down to the rear of the property with a gunshot wound. That individual, who was not a resident of the property, was immediately transported to a local hospital in critical condition. The unidentified man underwent surgery and is reported to be in stable condition.

At the scene, Officers contacted two males who are associated with the property where the shooting took place. Officers were notified by one of the men that he had shot the subject in the property. Officers learned that the individual responsible for the shooting, male Asian in his 70s, and the witness, male Asian in his 60s, are the executors of the estate where the shooting took place. The men had arrived at the untenanted property to prepare it for a sale when they located the male white subject inside the property. Details surrounding the shooting are still under investigation." This from Lieutenant Joeseph Cortez, public information officer, Santa Monica Police Department, at 10:30 a.m. Friday.. 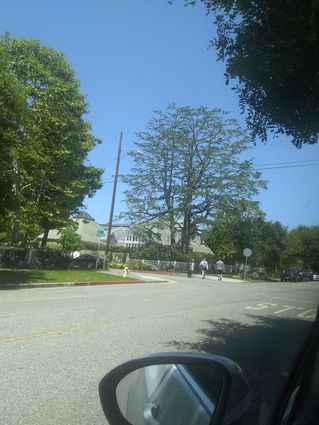 Reports on social media say that the Santa Monica Police department has responded in force to a shooting north of Montana Avenue, and west of 11th Street. The 90402 ZIP code, located north of Montana in Santa Monica, is among the five wealthiest ZIP codes in the United States. Break-ins and other crimes happen there as they do every where. But they are uncommon.

From a Facebook post: "Anyone know what is up around Carlyle between 9th and 10th? We were walking on 11th when a bunch of police cars (small SUVs) came roaring by with sirens blaring. When we left there, there were several parked on both sides of Carlyle, blocking the corners of other streets and shining lights into the car before waving us on."

More details as they become available.