Barriers come down from across the bike paths as LA County Finally Shows Signs of Life after Coronavirus. 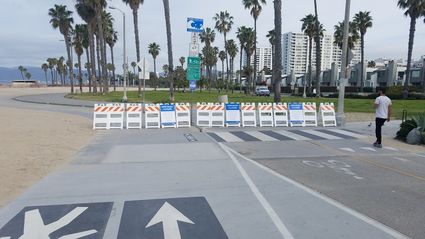 Supervisor Janice Hahn announced on her Facebook page that effective Friday, May 22, LA County's beach bike paths will be and are, open. Rob Wakefield, owner of Santa Monica Beach Bicycle Rentals, said "This is a real Godsend. Just as the tourist season would ordinarily open, which is our big time of the year, the bike baths open too. What a blessing," he said.

"People come from every corner of the planet to explore Venice Beach," he added. "When families walk through the door, it's important to provide kid-friendly bikes and helmets, as we do." 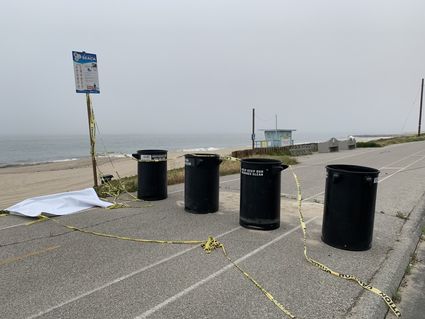 Mike Bonin tweeted on May 19 that the bike paths should be reopened. "I agree, @mikebonin," tweeted Supervisor Hahn in response to the City Councilman." I have been talking with Dr. Barbara Ferrer about this issue and I think we can make it happen."

The Marvin Braude Bike Trail, is a paved bicycle path that runs mostly along the shoreline of Santa Monica Bay in Los Angeles County, California. The northern terminus of the trail is a paved Class 1 bicycle path at Will Rogers State Beach in Pacific Palisades, Los Angeles. The southern terminus of the trail is in Torrance County Beach in Torrance. The path is 22 miles long, and the midpoint between the two ends of the path is near the southern end of the Playa del Rey residential area.