"We're counting down the days until we can reopen again, and hoping that it's sooner rather than later" (Joanie Gordon - Playland Arcade owner) 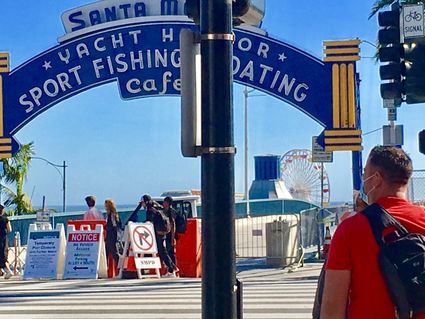 The closed and empty Santa Monica Pier on a hot May afternoon would ordinarily be crowded. Coronavirus emptied it like nothing else in its 110 year history.

The Pier has been a bit of a mystery since the Coronavirus lockdown began 9 weeks ago. It's closed, and the police won't allow you to walk down the ramp to see it for yourself.

The 110 year old Santa Monica pier was almost destroyed by storms in 1982, 1983 and 1992. But nothing has threatened the pier's businesses like the Coronavirus shutdown. To find out more about what's going on at the closed monument at the center of Santa Monica's 4 miles of beaches, we spoke to the Gordon family, owners of the Playland Arcade and the Beachcomber on the SM pier:

How long has your family been involved in the business?

"My father George Gordon, my uncle Gene, and grandfather Morris had an arcade in 1952 at Pacific Ocean Park. Then in 1953 my family was asked to open an arcade on the Santa Monica Pier (back then it was called the Newcomb Pier after . They also purchased the Santa Monica Merry Go Round in 1955 for $10,000 and owned it for 26 years.

"It was my family who actually put the automation into the Carousel. Back then my father and uncle leased several buildings on the pier and had archery, pinballs, a shooting gallery, kiddie rides, and billiards. Then in 1977 we opened a gift shop called The Beachcomber that was featured on the opening credits of the TV show Threes Company. Today, my sister Joanie, and nieces Dana and Monique own and run the Playland Arcade. I also own and run Marlene's Beachcomber with the help of my daughter Shannon Kroner." (Marlene Gordon)

"Sadly, none of the businesses on the pier are open, so there's no business. We've been closed since March 15th. This is the longest we've every had to close our doors to the public. The restaurants on the pier haven't even been able to do take-out or delivery because the pier is closed to all traffic." Marlene Gordon (owner of the Playland Arcade and Marlene's Beachcomber)

Has there ever been any time like this in the Santa Monica Pier's history?

"There was never a time that the pier was closed like this for such a long period. However, in 1983 there was a storm with an extremely high tide that came over the pier and damaged about 200 feet of the pier. There was a crane that went down in the storm that took part of the pier with it. My father was there the day it happened.

"But even that didn't keep the pier closed. Structural engineers came and inspected the pier and gated off the areas that were unsafe, but we reopened soon after the storm. As the oldest tenant on the pier we have gone through some hard times, but this is by far the worst." (Marlene Gordon)

"All of the businesses on the pier are aware that we need to have precautions in place in order to open and we have all made those adjustments. We have weekly zoom meetings covering the precautions that need to made in order to keep the public safe when we finally do open.

"Keeping the pier closed for such a long period is not only hurting the businesses, but their employees as well. summer is our busiest time and it's heartbreaking that we don't have an opening date set yet. While businesses continue to open across America, California seems to be far behind. After so many months being stuck inside, people need to get outdoors, and enjoy life with their friends and family again." (Dr. Shannon Kroner - buyer for Marlene's Beachcomber) 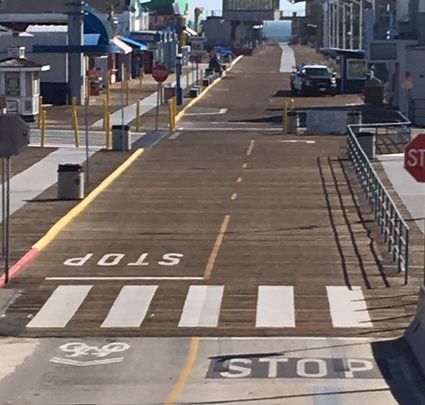 Marlene's Beachcomber and Playland Arcade are closed, as the Santa Monica Pier remains closed to the public.

"The Santa Monica Pier is a historical landmark that is loved and adored by many. Most of the businesses on the pier are are family owned. Today, the Gordon family has had five generations on the pier from my grandfather to my grandkids. The amount of love and sacrifice that the Gordon family and the rest of the tenants have put into making the pier an exciting and fun place to visit, is limitless. We hope to get back to work soon so that the Santa Monica Pier can be enjoyed this summer." (Marlene Gordon)

"We're counting down the days until we can reopen again, and hoping that it's sooner rather than later" (Joanie Gordon - Playland Arcade owner)

We've been working on painting, on the floor. All of my employees are there fixing it up and working, at the beachcomber we're also working on fixing it up and we're working on reopening. Some of my employees, most of them have worked for me for 25 years, and they're very loyal employees. The beachcomber is a gift store, we sell beach apparel. Shannon my buyer, and Gilbert my manager, I am blessed to have such great employees." Marlene

For a good history of the pier https://www.smgov.net/Departments/OPM/content.aspx?id=30821