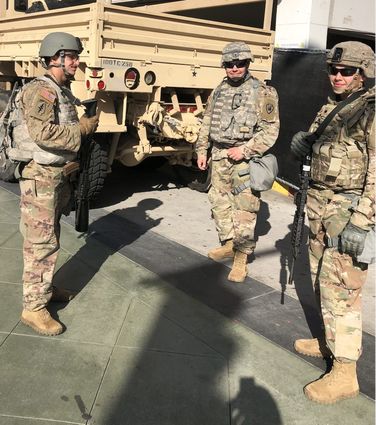 People blamed the police for monitoring the demonstration, and leaving the Promenade alone while looters, most of them shall we say, "members of the community," smashed store windows and disappeared with Vans shoes, Gap clothing and Bloomingdales inventory.

The Vons on Wilshire and the Vons at Broadway and Lincoln were also included.

During the 1992 Rodney King riots, food deserts were created in South Los Angeles. This time, the rioters coordinated on social media and struck affluent communities that were "whiter," including Santa Monica, West Hollywood and Beverly Hills.

Van Nuys and San Bernardino were also looted on June 1st and 2nd. Retail was already reeling from a Covid-19 shutdown, and it is feared that many business owners will not be able to re-open.

As if to prove that they were equal opportunity looters, they even hit "Flight 23," where Michael Jordan sells his brand of sneakers. Jordan is African American. I'm not sure he needed to be taught a lesson about how unfair it was that Derek Chauvin, possibly the dumbest cop in North America, strangled George Floyd with his knee while the later pleaded "I can't breath." But this is America in 2020 and nothing makes much sense.

Mayor Pro Tem Terry O'Day told KTLA that businesses should board up their windows given the damage.

As I drove through town on Wednesday June 3, 2020, I could see that businesses had been boarded up regardless of whether or not they had been looted. On the other hand, R&D Kitchen on Montana Avenue was serving a line of customers.

One of the non sensical things about this time period is that no one at these rallies socially distances, and the authorities don't seem to care. A week or so ago Palisades Park had a fence around it to keep us away from each other.

Santa Monica imposed curfews-2pm on Tuesday and 6 pm on Wednesday.

They guessed correctly that Police will not shoot them, and so far casualties among looters were reportedly zero. 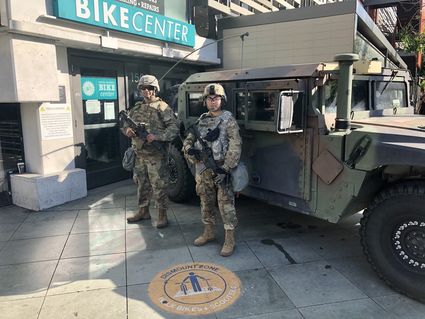 Santa Monica Police finally closed on ramps into Santa Monica the next day. But out was too late, as most of the damage to 121 stores had already been done, including Walgreens and Target.

The Santa Monica Police were heavily criticized, and there was a petition asking for Chief Cynthia Renaud to be fired. It had over 30,000 signatures at press time.

The George Floyd riots emanated from a very blue city, Minneapolis. The damage has been limited to Democrat run cities nationwide, from Seattle to DC to Oakland to New York City, where Mayor De Blasio's own daughter was arrested for looting.

It will be interesting to see if Law and Order candidates do well in November's election. Even in California, where people are again homebound and scared, they might.

SMPD Chief stated she had “no intelligence that there’d be looting in SM”. We were pretty much SURROUNDED by looting on the previous Monday by last Sunday she/city council had no intelligence!?! SHE NEEDS TO BE FIRED......NOW! Pls go to www.transparentcalifornia.com Chief’s total compensation is 500K