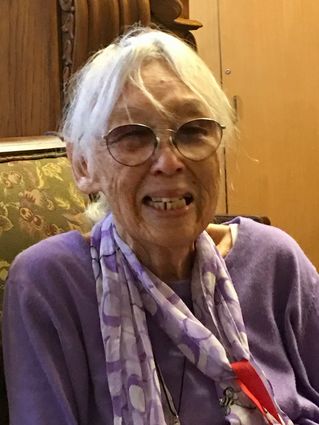 A party with her friends from the community and fellow residents at Silvercrest Senior Apartments was planned but it did not happen.

Instead there was a birthday parade to celebrate Virginia Tokunaga 90th birthday on 5th street in Santa Monica. Two cement mixers across the street did not drown out a happy birthday chorus on this special occasion.

There were balloons, presents, decorated cars, a fire truck, a police car and musical noise makers.

Virginia was born and raised on a farm in Clarksberg. Her teen years were spent in the Camp Tule Lake internment camp from 1942-45, which was a segregation facility for the Japanese 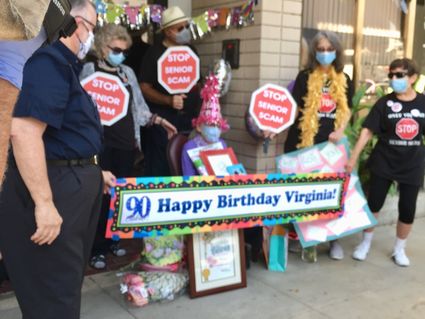 who thought to be potentially dangerous to national security. Forcibly removed from their homes, they were permitted to only take clothes to the concentration camp.

Between 1950-60 she taught at a nursery school in Santa Monica. UCLA sent her children who were slow learners, and had other difficulties, including one who was autistic. They were integrated with the other students. Later she became the director of a cooperative school.

After that she worked and retired from the Broadway Department Store in Century City for 23 years.

She has logged in over 20,00 hours doing work for Santa Monica/Los Angeles school districts, the Felicia Manhood Center, Stop Senior Scam and other organizations.

She is a colon cancer survivor but otherwise is in good health, and reticently pleased with all the attention on her special day.