The Name Fort Bragg is Nothing To Brag About, Say Some in Cancel Culture

On the short list of towns that probably should be renamed, is Fort Bragg, CA 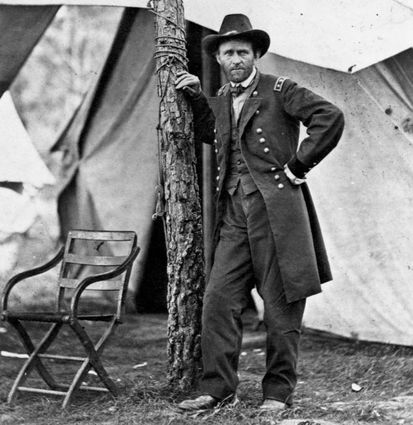 Army officer Braxton Bragg, who at the time had served the U.S. in the Mexican–American War (he would later serve in the Confederate Army during the Civil War). The city was later incorporated in 1889

The Northern California town of Fort Bragg is in desperate need of a name change ASAP! Sure, there will be some relatively minor expenses for residents from the municipal name change, but the cost of keeping the town's current obnoxiously racist name will be far greater.

First of all, no self-respecting Californian could ever possibly justify or countenance any town or city in the Golden State being named after Confederate General Braxton Bragg, who was not only a traitor and a slaveowner, but an especially intemperate and incompetent military commander as well. That name is nothing to brag about, Fort Bragg.

Secondly, why would any patriotic American want to set foot in a town named after an anti-American racist traitor to the republic, like Braxton Bragg? Thankfully, Mendocino County has other equally picturesque communities to visit and spend our money in as tourists.

Too bad, Fort Bragg, but you're not getting another dime from me until you change your town's name! Here are some non-Confederate, pro-American options for you. Please feel free to choose any one of these as your town's new name:

According to Wikipedia, Braxton Bragg is generally considered among the worst generals of the Civil War. Most of the battles in which he engaged ended in defeat. Bragg was extremely unpopular with both the men and the officers of his command, who criticized him for numerous perceived faults, including poor battlefield strategy, a quick temper, and overzealous discipline. Bragg has a generally poor reputation with historians, though some point towards the failures of Bragg's subordinates, especially Leonidas Polk—a close ally of Jefferson Davis and known enemy of Bragg—as more significant factors in the many Confederate defeats at Bragg's command. The losses which Bragg suffered are cited as principal factors in the ultimate defeat of the Confederacy.

Fort Bragg, officially the City of Fort Bragg, lies on the Pacific Coast of California along Shoreline Highway in Mendocino County. It is 24 miles west of Willits, at an elevation of 85 feet. Its population was 7,273 at the 2010 census.

Fort Bragg is a tourist destination because of its picturesque views of the Pacific Ocean. Among its notable points of interest are Glass Beach and the California Western Railroad (popularly known as the "Skunk Train").

A California Historical Landmark, Fort Bragg was founded in 1857 prior to the American Civil War as a military garrison rather than a fortification. It was named after army officer Braxton Bragg, who at the time had served the U.S. in the Mexican–American War (he would later serve in the Confederate Army during the Civil War). The city was later incorporated in 1889