Glendale Galleria, Third Street Promenade and the Beverly Center stores had just re-opened, but now they will close. 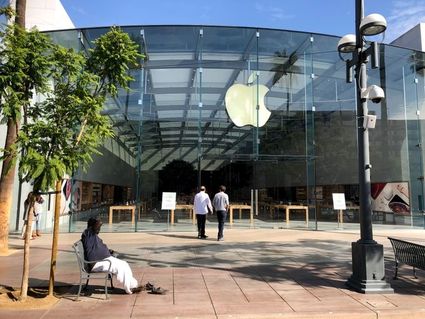 The Apple Store at the Third Street Promenade

Apple has once again closed the Apple Store on the Third Street Promenade, among other stores.

The iPhone purveyor Thursday closed US stores in states where COVID-19 cases numbers are rising amid a resurgence of the coronavirus. Apple closed 77 stores across 11 different states on July 2, as those regions report record cases of the virus.

Of the states, California will see the most closures, with Apple shuttering 15 stores. Stores closed include the Glendale Galleria, Third Street Promenade and the Beverly Center.

"Due to current COVID-19 conditions in some of the communities we serve, we are temporarily closing stores in these areas," Apple said in a statement.

Apple shut all of its stores across the world during the coronavirus pandemic, initially focusing on China, where the virus first appeared. By the time the outbreaks began to subside there and Apple was opening its stores in that country, the virus had spread worldwide, forcing Apple to shutter all stores outside of mainland China.

Apple has been one of the first movers in closing its stores, allowing it to serve as a kind of indicator of conditions in regions impacted by the virus. There's no word yet as to how long the stores will be closed or when they'll be reopened.