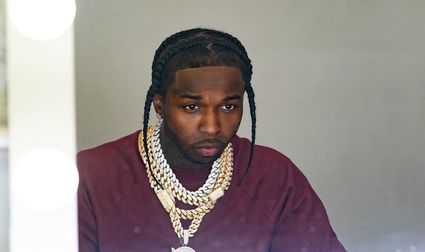 Corey Walker (dob 11/22/00) and Keandre Rodgers (dob 2/12/02) were each charged today in case BA488518 with murder with the special circumstance allegation that the murder occurred during the commission of a robbery and a burglary, making them eligible for the death penalty. The complaint also alleges gang and gun allegations.

Both defendants are expected to be arraigned today in Department 30 of the Foltz Criminal Justice Center.

Additionally, two male juveniles, ages 17 and 15, were each charged with one count of murder and robbery in juvenile court.

On February 19, sometime around 4 a.m., the defendants are accused of breaking into a home in the Hollywood Hills where 20-year-old Bashar Barakah Jackson, known as Pop Smoke, was staying. Jackson was shot and killed.

Walker and Rodgers face the death penalty or life in prison without the possibility of parole if convicted as charged. A decision on whether to seek capital punishment will be made at a later date.