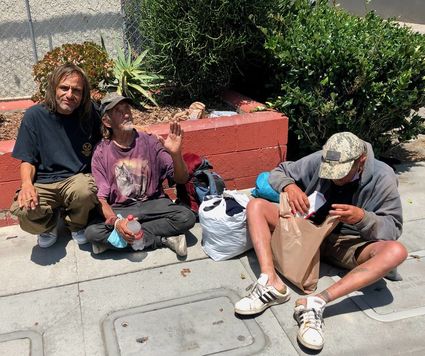 You can't park illegally on Santa Monica streets, but you can pitch a tent and camp there. Homelessness remains a big local issue.

We already know this year's presidential campaign is a wild one, but how about at the local level? It could be big too. Twenty-two people as of Wednesday have pulled papers for potential campaigns for five open council seats. They have until August 7 to gather 30 signatures from Santa Monica residents to make their campaigns official.

There will actually be two separate council elections. One for four seats, and all the incumbents elected to those seats in 2016--Gleam Davis, Terry O'Day, and Ted Winterer--have pulled papers, as has Ana Jara, who was appointed to the council last year after 2016 winner Tony Vazquez resigned. The other election is for one seat. Kristin McCowan, who was appointed earlier this month to fill the seat vacated by Greg Morena, has pulled papers to keep her position.

Among those potentially challenging the incumbents are Planning Commissioner Mario Fonda-Bonardi and Arts Commissioner Phil Brock. Both men pulled papers for the four-seat race. Fonda-Bonardi has never run for a council seat. Brock ran and lost in 2014. He also had a failed write-in candidacy in 2016.

Brock is a columnist for our arch-rival the Santa Monica Mirror, a frequent poster on local social media boards, and maker of a local video series titled Brock on Your Block. Among those who have pulled papers, he is the biggest threat to the four-seat incumbents. Brock has a decent-sized following and wrote on social media that "it is time to restore the soul of this city and represent the residents of our community."

The most vulnerable among the four-seat incumbents is Jara, who has only been on the council for a year and a half and has never run for council. She had a failed bid for the school board in 2004. But even with that disadvantage, history is on Jara's side. Like her, Davis and O'Day reached the council via appointment (Davis in 2009 and O'Day in 2010) and both won elections to keep their seats in 2010. They have since successfully been re-elected twice.

Winterer came to the council by being the top vote-getter in the 2012 election. He is the only person in both council competitions this year who did not initially earn a council seat via appointment.

With her appointment, McCowan became Santa Monica's first black female council member. She has four potential challengers as of Wednesday. Two of them also pulled papers for the four-seat race. They must decide which papers to return. One cannot run in both races. None of McCowan's potential rivals is a major player on the scene, and the Observer finds it highly unlikely she would lose. Whoever wins this one-seat race will have to run again in 2022 if the person wants to keep it. 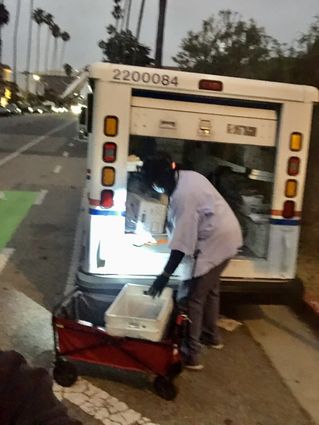 A Post Office letter carrier delivers mail in Santa Monica. Most voting will be by ballot this November, because of Covid-19.

In the campaign for the Santa Monica-Malibu Unified School District board, 20-year board member Maria Leon-Vazquez pulled papers, as did Jon Kean, who joined the board in 2016 without an election because there weren't enough candidates. Fellow incumbent Ralph Mechur has not made his move. There are so far three potential challengers. Among them is Seth Jacobson, a Malibu resident who unsuccessfully ran in 2012.

Elections for the Rent Control Board and Santa Monica College Board will also be on the November ballot. But we're aware the interest level is not high in either competition. Also likely to appear on the ballot is a measure that would raise the tax rate on real estate sales over $5 million from .3 percent to .6 percent. City officials said it could annually raise up to $3 million in a good economy, but just half that if Covid-19 is still around. This tax would be an attempt for the City to recoup a fraction of its massive shutdown-induced financial losses.