America loses a friend to us all. Emmy Award Winning Philbin Was Welcomed into Every American Home 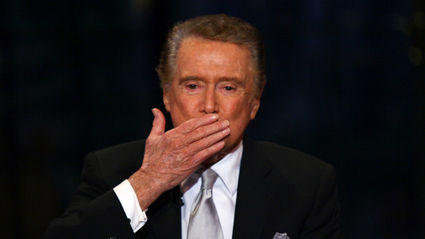 Another sad day in America today as the news of the sad passing of TV personality Regis Philbin broke. In an exclusive statement to People Magazine his family said "His family and friends are forever grateful for the time we got to spend with him – for his warmth, his legendary sense of humor, and his singular ability to make every day into something worth talking about."

Born on August 25, 1931, Philbin was raised in the Bronx and graduated from Cardinal Hayes High School in 1949 before attending the University of Notre Dame, where he earned a sociology degree in 1953.

Philbin was a warm welcomed fixture into the millions of living rooms of American families as they tuned in for his quirky and friendly approach regarding daily topics. In 1988, Philbin began his iconic career as the host of Live! with Regis and Kathie Lee with Kathie Lee Gifford. After 15 years together, Gifford left the ABC show but the pair remained close friends - their partnership was an American staple, one of the best in the history of television.

Philbin also found huge success in the #1 show Who Wants To Be Millionaire. He also found success with America's Got Talent amongst other shows- he was one of the hardest working men in Showbiz.

Philbin had been through various medical issues over the years but always kept a happy and positive demeanor. Philbin had various health issues. He underwent an angioplasty in 1993, triple bypass surgery due to plaque in his arteries in March 2007. In December 2009, the television personality had his hip replaced.

Philbin leaves a loving legacy not only to his family but also to all the Americans who felt he was their friend.