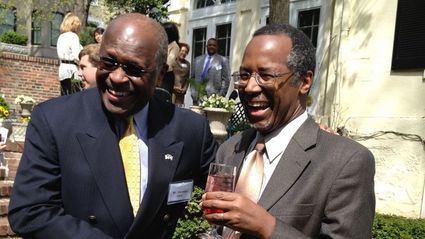 "My friend, @THEHermanCain , was a prolific businessman, a stalwart of conservative policies, and most importantly he was a loving husband and father. My prayers are with Gloria and his family as he rests in a better place. His humor and vigor for America will be missed." Ben Carson, Twitter

Former US Presidential candidate Herman Cain has died of coronavirus, his website announced. http://www.HermanCain.com noted that he had climbed the corporate ladder at Pillsbury, then become known as the CEO of Godfather Pizza.

Cain briefly led the 2012 Republican presidential candidate field. He dropped out amid allegations of sexual harassment. He became a conservative commentator with a show on Fox's Newsmax.

Cain attended a Trump Rally in Tulsa, Oklahoma in June. Some sources report that he contracted Covid-19 there, though Cain's spokesmen have never confirmed that. Cain's website said:

Let me deal with some of the particulars of the last few weeks. We knew when he was first hospitalized with COVID-19 that this was going to be a rough fight. He had trouble breathing and was taken to the hospital by ambulance. We all prayed that the initial meds they gave him would get his breathing back to normal, but it became clear pretty quickly that he was in for a battle.

We didn't release detailed updates on his condition to the public or to the media because neither his family nor we thought there was any reason for that. There were hopeful indicators, including a mere five days ago when doctors told us they thought he would eventually recover, although it wouldn't be quick. We were relieved to be told that, and passed on the news via Herman's social media. And yet we also felt real concern about the fact that he never quite seemed to get to the point where the doctors could advance him to the recovery phase. 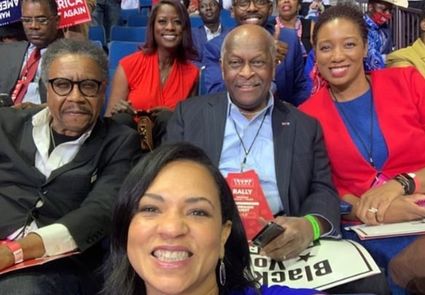 Herman Cain at a Tulsa Trump rally, where some allege he contracted Covid-19.

Herman was 74. Although he was basically pretty healthy in recent years, he was still in a high-risk group because of his history with cancer. We all prayed so hard every day. We knew the time would come when the Lord would call him home, but we really liked having him here with us, and we held out hope he'd have a full recovery.

Herman had just started hosting a new show on Newsmax TV. He was so excited about it, and so pumped up about playing a role in the 2020 election campaign. At an age when a lot of people are looking to slow down, he was taking on new projects, booking speaking opportunities. Ever the dealmaker, he would fill me in with details of his negotiations with people on any number of things. I would always tell him I should have him negotiate my deals with my business's other clients, because he did them better than anyone.