Four Plead to Voter Fraud Scheme on Skid Row, in a case investigated by the FBI and the LAPD 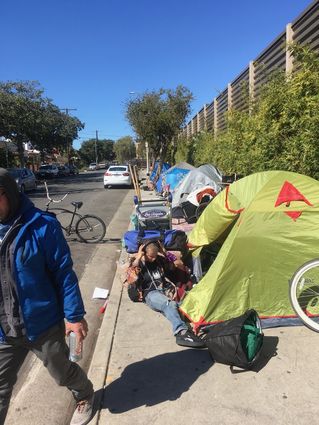 Four men have admitted their role in a scheme where money and cigarettes were offered to homeless people on Skid Row in exchange for false and forged signatures on ballot petitions and voter registration forms, the Los Angeles County District Attorney's Office announced today.

Wise was sentenced to a suspended sentence of 16 months in state prison and three years of formal probation.

Williams and Huntley were sentenced to three years of formal probation.

In February, codefendant Norman Hall, 63 pleaded guilty to one felony count of circulating a petition with false, forged or fictitious names. He was immediately sentenced to one year in county jail, placed on formal probation for three years and ordered to complete 100 hours of community service.

The four remaining defendants face various charges including use of false names on a petition and voter fraud.

The defendants were charged with soliciting hundreds of false and/or forged signatures on state ballot petitions and voter registration forms by offering homeless people $1 and/or cigarettes for their participation.

The indictment indicates the crimes occurred during the 2016 and 2018 election cycles.

Three of the remaining defendants are scheduled to return to court for a pretrial hearing on September 1 in Department 108 of the Foltz Criminal Justice Center. Jakara Fati Mardis, 37 is at large.

The case was investigated by the Los Angeles Police Department and the FBI's Los Angeles Field Office.