Why didn't the LA County Dept. of Public Health issue a statement on the tragedy of lives lost to socially embedded criminal activity? 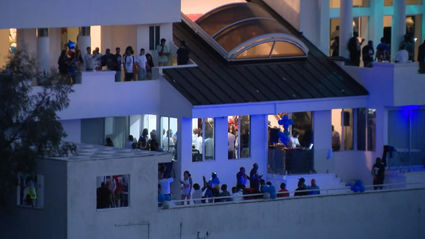 The shooting was surprising, but even more surprising was that the LAPD had already visited the party and declined to shut it down during Covid.

A woman was shot and killed and four others sustained wounds after an unknown number of gunmen fired multiple rounds at a house party in the exclusive Beverly Crest neighborhood.

The shooting occurred Tuesday around 1:15 am after the party had already attracted the attention of the neighbors, LAPD, and local news agencies for its flagrant violation of county health orders.

An estimated 200 people filled the 3-story rented mansion, none of them wearing masks. Party-goers were eating, drinking, and playing in the residence's whirlpool. Police had responded to the party around 6:30 pm the day previous to the shooting, after numerous complaints from neighbors, but did not enter the residence or attempt to halt the violation of health orders.

According to a spokesman for the Los Angeles Police Department, Josh Rubenstein, the city police department is only enforcing the city's ban on gatherings - not the county's - and the city's ban "does not apply to gatherings within a single household or living unit." The county's ban includes private gatherings.

Approximately 5 hours later, after more than a dozen shots were fired, police were back on the scene, along with firemen and paramedics.

Three gunshot victims were transported to the hospital, and two other wounded people arrived at the hospital with less serious injuries. One of the victims, a woman, aged 35, was pronounced dead at the hospital.

Two others are in stable condition. Authorities have released no information regarding the perpetrator of the homicide but believe it may have been gang-related.

What about the gunshot victims, including one dead woman? Should not the agency concerned with the health and safety of the people of Los Angeles County have any concern over the scourge of gang violence?

Certainly, gangs and gang violence are the purview of the police department, but these matters clearly affect public health and safety, as well. Could not the County Department of Public Health have issued a statement, at the very least, regarding the tragedy of lives lost to socially embedded criminal activity? This was a dead woman who will need a burial. This is not some potential coronavirus patient who has not yet materialized, much less been hospitalized or deceased.

Don't get me wrong. The fact that the LAPD has no interest in uniformly enforcing highly restrictive emergency orders that violate the civil rights of every citizen in the county is appalling.

Allowing an obvious super-spreader event to proceed while everyone else in the surrounding area avoids mere visits to friends and relatives is unjust, inequitable, and completely maddening.

A house party can proceed with alcohol, food, and music, but a funeral can not be held with more than ten people? People are not allowed to gather in houses of worship?

But let's exhibit some priorities. A gun fired into a crowd multiple times is more deadly than potential exposure to COVID-19. And no, stricter gun control would not have prevented this murder. California already has the strongest gun control measures in the nation. Even if Beto O'Rourke fulfilled his dream of confiscating every gun in the country, the criminals (and gangs in particular) would still have guns. There's no plugging that hole in the dike with the finger of yet more gun control. 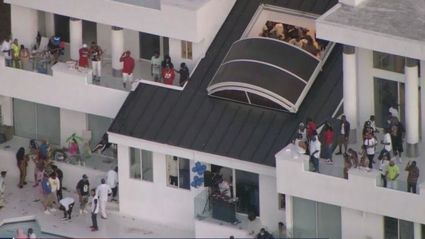 The shooting was surprising, but even more surprising was that the LAPD had already visited the party and declined to shut it down during Covid.

The only proven method of gaining control over gangs is more policing and more enforcement. Yet the County of Los Angeles - the same county whose health department failed to note a woman had died at this party - recently slashed the budget of the county's sheriff department, cutting $145.4 million from their $3.5 billion budget. Sheriff Villanueva, who vigorously opposed the cuts, predicted the department would need to eliminate the Safe Streets Bureau (gang enforcement), the Special Victims Bureau (Sexual/Physical abuse of children, rape, and human trafficking), and the Major Crimes Bureau, among others.

Meanwhile, the City of Los Angeles voted to cut $150 million from its police department budget of $1.86 billion.

Are our elected leaders serious about saving lives? Violent deaths have plunged in the county since a high in 2002 of 1,130 homicides. By 2017, this had become only 620 homicides - in large part due to intensified police-community outreach and gang intervention. Taking that away through budget cuts is akin to unleashing a beast. The black community is likely to be hardest hit. They represented 21.4 homicides per 100,00 in 2017. Whites, the second largest percentage, only represented 3.6 homicides per 100,000.

Defunding the police is a call heard by individuals claiming to want justice and equity for the black community. But perhaps it is actually the exact opposite.