Santa Monicans for Renter's Rights has run this town since 1979. Will that continue during Coronavirus? 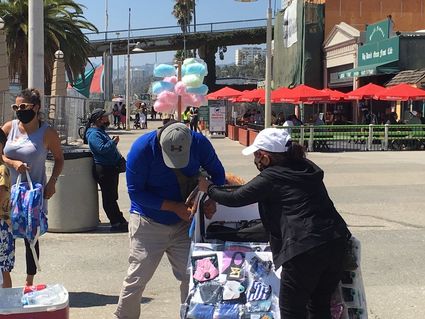 Selling Masks Under the Pier. The Santa Monica Pier has re-opened for limited hours, as of 8/4/20.

Every two years in August, there is an event that designates who will be the leaders in Santa Monica-the Santa Monicans for Renters' Rights Convention. Receiving an endorsement from this organization, commonly known as SMRR, is vital to winning an elected position in this city.

SMRR endorsees are four of the seven council members, six of the seven SMMUSD board members and the entire Santa Monica College and Rent boards.

At one time, the SMRR Convention was an occasion for progressive people to choose their candidates. More recently, it has been a bi-annual event to see which candidate can bring in the biggest crowd. Some adjustments have been made to the rules in recent years to curb that a little, but it still happens. If you are a Santa Monica resident and pay the SMRR dues, you can vote at the convention. But this year, like everything else, the convention will be an online affair.

"This meeting provides the opportunity for SMRR members to determine which candidates for local office and which local ballot measures will receive the support of the organization in the November election campaign," SMRR wrote on its website.

The convention will take place Aug. 30 at 1 p.m. You need to have joined SMRR by June 1 of this year to vote. So, if you wanted to sneak in supporters, you needed to plan ahead. Candidates must let SMRR know they're seeking the endorsement this week. This week is also the deadline for people to enter the various races, unless an incumbent chooses not to run and then the deadline is extended to next week.

All five council incumbents-2016 election winners Gleam Davis, Terry O'Day and Ted Winterer as well as 2019 appointee Ana Jara and last month's appointee Kristin McCowan-are expected to seek a SMRR endorsement. Davis and Winterer received one in 2016. O'Day unsuccessfully sought the endorsement that year, but was able to win a seat without it.

The council election this year is unusual, although not unique, because there are two separate races-one for a regular four-year term and one to complete Greg Morena's term that concludes in 2022. Morena resigned earlier this summer to attend to his family restaurant business, and McCowan was appointed to fill his seat. She must win in November to keep it.

Santa Monica Observer election experts expect McCowan to receive SMRR's endorsement and do not think she has any chance of losing in November with or without the group's backing. The only notable name who has so far indicated he might run against McCowan is school board member Oscar de la Torre. He has also shown interest in the four-year race, and might not run in either contest. 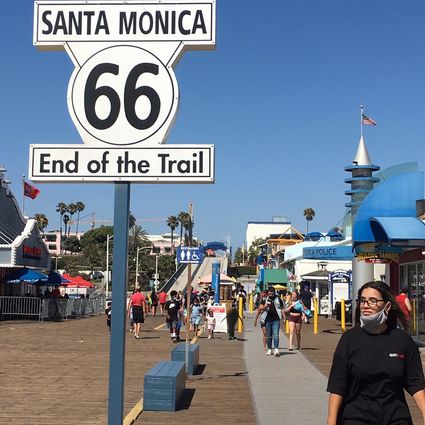 The four-year race is a little trickier. SMRR endorsements likely will go to Davis and Winterer. Published reports show O'Day was annoyed about not receiving the group's backing in 2016. Often if SMRR members are unable to make a full slate of endorsements, a mysterious Steering Committee goes into action and decides. O'Day told other local media that year that he believed the committee should have selected him.

Even without SMRR's backing, O'Day will likely cruise to a third full term on the council. Jara is the most vulnerable of the incumbents because she has never been elected. Her biggest threat is local activist Phil Brock. He placed fourth in a contest for three seats in 2014 without the support of SMRR. It's unknown if Brock will seek the group's backing this year or even needs to do that to be a strong contender.