First rolling blackouts in California in 28 years took some residents by surprise this August. It's all about Cal ISO. 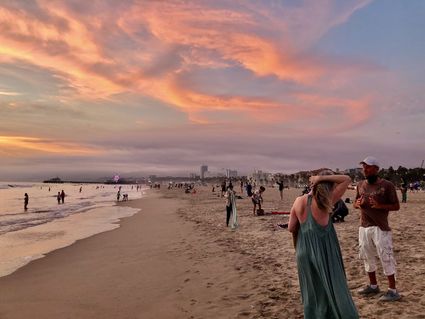 Over the weekend, the state's California Independent System Operator, the overseer of the state's power grid, instituted the first rolling blackout due to power shortage in 20 years. Three of the utilities under CAISO's governance, Pacific Gas & Electric, Southern California Edison, and San Diego Gas & Electric, cut power on Friday evening to more than 410,000 businesses and homes. Customers experienced outages for about an hour over a 3-1/2 hour period. A second outage affected 200,000 customers on Saturday evening.

This occurred during a major heat wave while the state is in semi-lockdown mode over the coronavirus. Residents have been relying on power-dependent Internet and technology to work and connect. They also have no option for other air-conditioned indoor areas, such as restaurants or libraries, in which to escape from the heat.

Last summer, power companies deliberately cut power in various places in order to prevent ill-maintained overhead power lines from starting wild fires. In this case, the outage was due to lack of capacity, according to CAISO. Steve Berberich, president and CEO of CAISO, says the affected utility companies had not created sufficient reserve to handle the demand caused by record high temperatures in the region. Exacerbating the problem, a power plant of unspecified size "tripped" and went offline on Friday. Then on Saturday, 1,000 megawatts of wind power and a 470-MW gas plant also went offline. Berberich said CAISO had warned the California Public Utilities Commission, the agency regulating utilities, that they should require power companies to hold more energy in reserve for just such emergencies. According to Berberich, the group's warning fell on deaf ears at the PUC.

Militating for this claim is the fact that Los Angeles's Department of Water and Power and some other municipal entities not governed by the state's PUC, experienced no power shortages and instead had excess power.

However, some nevertheless disputed CAISO's blame of the PUC.

"They [CAISO] can't keep the lights on when there's plenty of power," said Loretta Lynch, a former president of the PUC. Emergency blackouts are only supposed to occur when there is 3 percent or less available resources. During the recent blackouts, there was allegedly as much as 8.9 percent available. Lynch suspects the sort of market manipulation that caused the 2001 blackout is behind the weekend's outages. In 2001, Enron traders, the middlemen between utilities and power generators, forced plants offline in order to create artificial shortages and drive up prices. Lynch criticized CAISO for lack of transparency in their contracts.

Those with insight into how energy in California is produced pointed at the state's over-eager commitment to "clean energy." In 2007, the CPUC decided on ambitious goals for California to reach "net zero energy." That is, buildings would contribute as much energy to the grid during the day in solar power, or other innovative ways, as they withdrew at other times when there was no sun. In 2019, the PUC ordered utilities under its purview to purchase thousands of megawatts of further power capacity, the lion's share of that being in the form of four-hour lithium-iron batteries that store solar energy. But none of those batteries are yet operational. Meanwhile, the state is allowing several LA-area gas plants to retire and discouraging the use of coal or diesel to create power. The Diablo Canyon nuclear power plant is also going to shut down. San Onofre shut down seven years ago. 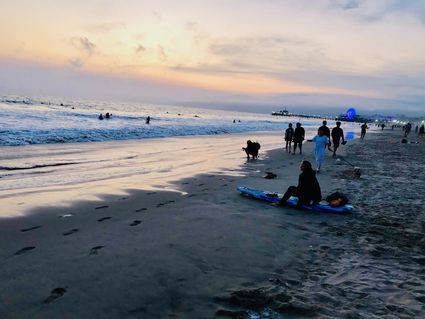 Last September, CAISO warned that the area was facing rolling blackouts this summer because of lack of energy supply. They suggested purchasing the additional needed power from other states in the region while warning that such purchases would only be possible if those states, too, were not experiencing hot weather. This week, the hot weather was felt across the entire western region and no excess power was available to buy.

To solve the current crisis, the U.S. Bureau of Reclamation ended up allowing emergency flows through their dams at Glen Canyon and the Utah-Arizona border to generate more hydroelectric power for Southern California. Power was also supplied from the Pacific Northwest while the Department of Defense cut back on their major usage.

Former California Gray Davis said, as reported by Politico, "The bottom line is people don't want the lights to go down. People also want a carbon-free future. Sometimes those aspirations come into conflict. A smarter approach, in my judgment, is to have the power you need in reserve, even if it's somewhat carbon-based, to keep the lights on."