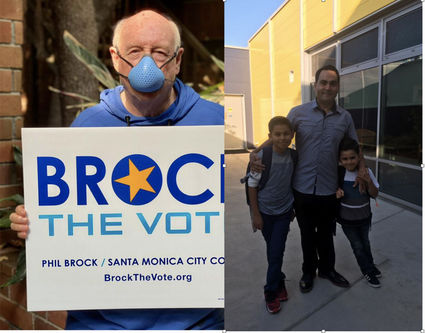 If you are struggling to sort through the list of 21 candidates aiming for the four Santa Monica City Council seats up for grabs in November, the formation of alliances might help you out. A four-person challenger alliance was announced in local media this week that includes Phil Brock, Oscar de la Torre, Mario Fonda-Bonardi, and Christine Parra. Their goal is to oust incumbents Gleam Davis, Ana Jara, Terry O'Day and Ted Winterer.

If this alliance accomplishes what its members want to do, they would be doing something unprecedented in modern Santa Monica history.

In the past three decades, just three incumbents have lost a council election, and none in the same year. Incumbents who have lost are Tony Vazquez in 1994 because the police union heavily campaigned against him (he reclaimed a place on the council two decades later).

The other was Mike Feinstein in 2004 because he had annoyed some SMRR establishment folks by not supporting one of its candidates two years earlier, and Pam O'Connor in 2018, which was not really a defeat as much as it was the end of an obsessive decades long battle to get her off the council by people who have too much time on their hands.

The alliance has been called slow growth, although Brock says in his campaign website that he doesn't like that term.

"I've been called an 'anti-growth' or a 'slow growth' proponent,'" he wrote. "I disagree with that label. I'm all for growth that continues to give our city an authentic, organic, sustainable feel. Visitors come to our city to see Santa Monica, not an extension of Los Angeles."

There is no official statement from the whole alliance, so we don't know if just Brock feels this way, or the whole slate does. But Fonda-Bonardi is part of the same movement as Brock, and de la Torre has joined it in recent years. We have no idea who Parra is.

That incumbent wall of steel that the alliance hopes to break is a solid one, but it's not impossible to do it. All four incumbents have lost elections in the past (Davis, O'Day and Winterer in council elections before they finally won and Jara in a school board race back in 2004), so they are not invincible. Jara has actually never won an election. This is her first time running for the seat she was appointed to last year. Also, voters made it clear they don't want to keep longtime faces on the council forever when a ballot measure passed in 2018 with 75 percent support to limit council members to three four-year terms.

So why do incumbents routinely win in Santa Monica, while voters also say they want to limit how many times they are allowed to win? Trying to figure out why voters nationwide send mixed messages (such as wanting more government programs, but no new taxes to fund them) is a futile exploration. Logic often has no place in the voting process. Incumbents might have a good win record locally because of name recognition. Or perhaps voters actually like them.

If name recognition is the key to success, that could be helpful for de la Torre, who is widely known for his nearly two decades on the SMMUSD school board. Name recognition didn't help him when he ran for council in 2016, but that was an oddly run campaign in which he raised no money. So with some better organization this time, maybe victory is in the cards. Brock and Fonda-Bonardi also have name recognition to a lesser degree because Brock is a local columnist and has served on City commissions. Fonda-Bonardi is a planning commissioner. 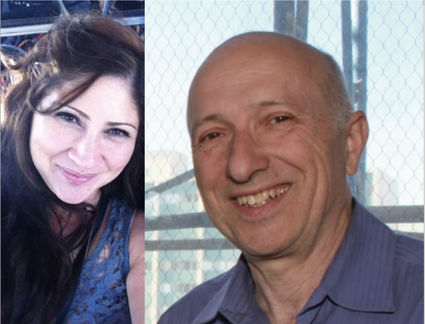 As the Observer reported last week, arguments for and against Measure SM, a proposed tax increase on luxury home buys, were approved for the ballot. But not so fast. According to the City's election website, "a challenge was submitted to the original argument against... Measure SM; after review, the challenge was accepted and the argument against was replaced." There were some spelling and grammar errors in that statement, but we cleaned it up because we are nice.

An interesting feature about the the new opposition statement, written by local attorneys Matt Neco and Stanley H. Epstein, is that it doesn't oppose the tax increase, but rather opposes how the measure was written.

"An incremental increased transfer tax is a good idea, but that's not what this proposal is. It is badly written by the current City Council, fails to close loopholes and may have created some.