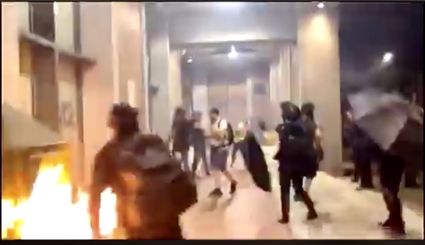 Rioters set the Multnomah County Courthouse on fire in Portland Oregon Tuesday evening at 11 pm. Simultaneously, the Democratic National Convention in Milwaukee, nominated former VP Joe Biden as their candidate for President of the United States.

People on the ground in Portland reported that first responders were blocked from the building by a group of several hundred rioters. The 19th century building also houses the headquarters of the Multnomah County Sheriff's Dept. 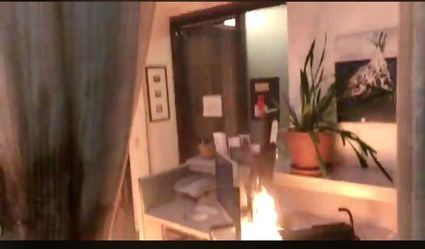 The Multnomah County Courthouse serves as the courthouse for Multnomah County, Oregon and its Sheriff's Office. It is located in downtown, Portland, Oregon, the county seat. It currently includes 39 courtrooms, 36 of which are district courts, two are traffic courts, and one used for forced eviction detainment.

Due to concerns over the structural deficiency of the 100-year-old building, which was determined to need a costly seismic retrofit, the county board of commissioners decided in 2013 to launch plans to construct a new courthouse in a different location, to replace the existing building. Construction began in October 2016, and the new courthouse is projected to open in 2020. https://en.wikipedia.org/wiki/Multnomah_County_Courthouse