Large Chemical leak from a plant in Lake Charles flowing over I-10, extremely dangerous situation. #hurricanelaura 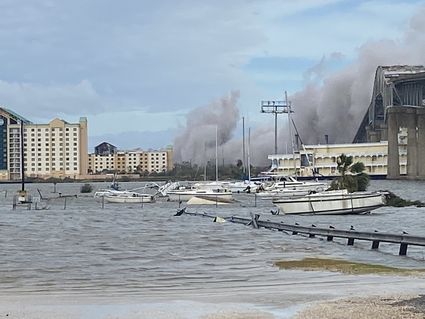 Large Chemical leak from a plant in Lake Charles flowing over I-10, extremely dangerous situation. #hurricanelaura

Hurricane Laura damaged buildings throughout Southwest Louisiana and in adjoining parts of Texas. Before and after photos from Lake Charles, Louisiana revealed hundreds of missing windows from the powerful storm.

Although property damage appeared extensive, and the cost in dollars and lives was still being assessed on Thursday afternoon, officials in both states sounded notes of cautious relief: Though Laura made landfall with 150-mile-per-hour winds, its storm surge, predicted to come in at an “unsurvivable” maximum of 20 feet, proved to be a little more than half as high on the Louisiana coast, in part because the storm moved through so quickly.

“It is clear that we did not sustain and suffer the absolute catastrophic damage that we thought was likely based on the forecast that we had last night,” Gov. John Bel Edwards of Louisiana said in a Thursday afternoon news conference. “But we have sustained a tremendous amount of damage. We have thousands and thousands of our fellow citizens whose lives are upside down.”

Large Chemical leak from a plant in Lake Charles flowing over I-10, extremely dangerous situation. #HurricaneLaura was a very strong Category 4 storm, with sustained winds up to 150 mph. (Cat 5=157+mph). 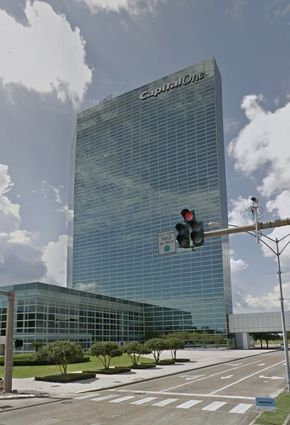 The national hurricane center in Atlanta says that only 9 named storms have made landfall in the United States, with 150+ mph winds. This is a serious/likely catastrophic storm. Storm surge & flooding Will be devastating, they said in a press release.

People have been urged to evacuate MacArthur, Texas and Sabine, Louisiana.

Hurricane Laura made landfall in southwestern Louisiana as a ferocious Category 4 monster with 150 mph winds early Thursday, swamping a low-lying coast with ocean water that forecasters said could be 20 feet deep and unsurvivable.

The National Hurricane Center said the storm, which intensified rapidly Wednesday before plowing into land, came ashore at 1 a.m. CDT near Cameron, a small community about 30 miles (48 kilometers) east of the Texas border,