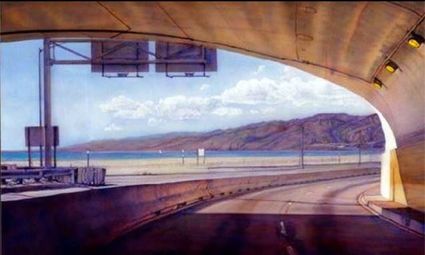 The McClure Tunnel is spectacular, and the scene of an occasional bottleneck accident

Traffic during the Covid19 epoch is a mere shadow of its former self. But an occasional crash reminds us of what we're missing.

An automobile crash Sunday night in the McClure tunnel, which links the PCH with the Interstate 10 Freeway, backed up traffic to Pacific Palisades and Malibu.

The crash caused a SigAlert. The California Highway Patrol cleared the accident, and did not immediately release a report of injuries.