The Baby Mine Project: A Lullaby Collection Debuted at #5 on the iTunes Children's Music Chart 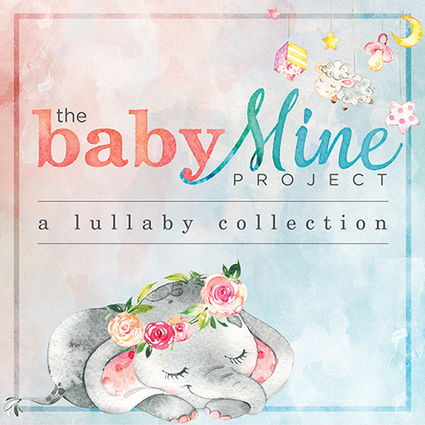 The Baby Mine Project Launches Fundraising Collection of Apparel and Accessories Inspired By Response to the Album. 50% of All Album and Merchandise Proceeds Support the Mission of Changing the Future for Vulnerable Children in Africa via Partnership with OVI Children's Hospital

Children's Music Chart and is now available for purchase on CD and digital download at http://www.BabyMineProject.org.

The Baby Mine Project has also launched a new fundraising collection of apparel and accessories inspired by response to the album. Fifty percent (50%) of album and merchandise proceeds go directly to supporting vulnerable children in Africa through emergency relief funds.

The socially impactful album is the first major fundraising campaign for the recently-established non-profit whose mission is to support the health and wellness of children in underserved areas of Africa while providing them a source of comfort through the development of music and art. The first facility that album and merchandise proceeds will support is The Baby Mine Project's partnership with OVI Children's Hospital at their founding site in Kenya. OVI Healthcare is building a movement of global medical facilities that are innovating healthcare for vulnerable populations. "The Baby Mine Project blankets children with comfort in their most vulnerable state. Every song is composed with a certain magic that isn't just heard, it's experienced. Watching our NICU and pediatric critical care patients respond to this lullaby album has been an unmatched gift," said Amy Hehre, CEO and Founder of OVI Children's Hospital. "In times of horrific pain and loss, a song can be the difference in hope or surrender. With thanks to this movement, our patients are finding strength to fight!"

Produced by Grammy® nominee Chris Jay, David Shipman, Aaron Safer and Music Arranger Jamsheed Master, The Baby Mine Project: A Lullaby Collection was a true labor of love collaboration featuring a diverse group of world-renowned artists and African children's choirs representing three countries (Uganda, Kenya and South Africa) coming together as performers to make a difference in the world. Shipman and Safer are co-founders of The Baby Mine Project.

"Volunteering at the Home Again Orphanage in Uganda introduced me not only to the beautiful children and their dedicated caretakers, but also to the many missing necessities that impacted their lives. Children need to feel safe to thrive. Through something as natural as singing, I found that lullabies were a simple yet powerful way to create a sense of safety and to soothe children to sleep knowing that they are not alone. This inspired me to create the album to provide that comfort and raise much needed funds to support the underserved children in Africa," said Shipman.

An accomplished performer, Shipman lends his voice to four songs on the album, including one that features the last three Ringmasters for the now-closed Ringling Bros. and Barnum & Bailey ® Circus: Shipman, Johnathan Lee Iverson and Kristen Michelle Wilson. Music artists Robyn Adele

Anderson and Von Smith, also producers on the album, contributed arrangements for the songs on which they are featured. Multiple tracks showcase touring sensations The African Children's Choir and the Kenyan Boys Choir.

The album was produced with one feeling in mind: comfort. By leveraging the universal language of lullabies, the track cadence soothes children to sleep as the music continually becomes softer, providing a sense of comfort and mimicking the feeling of drifting off to sleep. Music has the ability

to connect cultures through a simple melody, and the lullabies on this album are arranged to help calm no matter where around the globe they are heard or what language the listener speaks.

"Music is the most incredible, rewarding and powerful gift we have. The opportunity to arrange these beautiful songs has been life-changing for me," said Music Arranger Jamsheed Master. "As we reimagined each of the songs as lullabies, our inspiration always came from the children for whom we created the album. I wanted the album to feel like a pair of big, safe arms to sleep in."

Song List for The Baby Mine Project: A Lullaby Collection

4. "You'll Be In My Heart" - Kristen Michelle Wilson

9. "You Are My Sunshine" - Julia Ceslee Marie 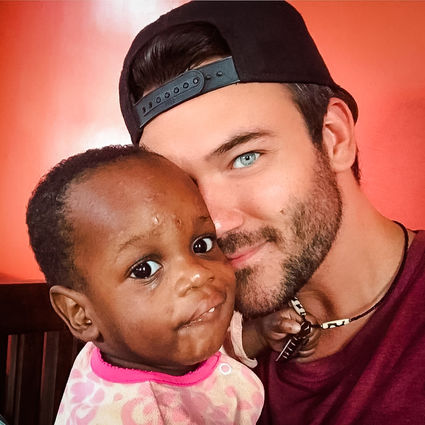 About The Baby Mine Project

through the development of music and art. Their vision is to be a resource by purposing funds raised to assist in

immediate medical relief for the children who need it most, while providing comfort in uncertain times through