Despite Covid-19, Hollywood Premiers "Beckman," a Classic Tale of Vengance and Redemption 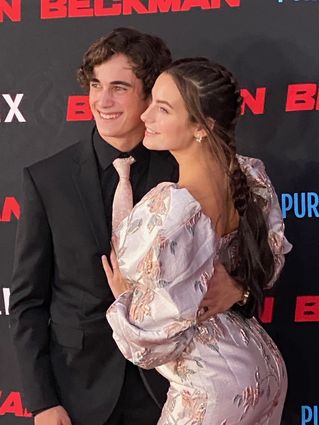 The precarious trail of a professional gunman named Aaron Beckman, who lives in constant danger and turmoil

An exciting in-person feature film premiere of "BECKMAN" was held this past Monday evening September 21, 2020 at the Universal Hilton Hotel, at Universal Studios Hollywood, CA.

It was a dynamic action story themed with Christian faith and redemption. BECKMAN narrates the precarious trail of a professional gunman named Aaron Beckman, who lives in constant danger and turmoil. Beckman gets baptized, and starts leading a congregation as a pastor and lives a good Christian life.

After the kidnaping of Aaron Beckman's adopted daughter Tabitha, by Reese's Cult, the violence, rage and bloodshed, returns to his life. Beckman resumes his violent manners as he desperately sets off on a treacherous rescue mission to find his kidnapped daughter.

It is through Beckman's faith in God, repentance, forgiveness and redemption that ultimately enables him to save Tabitha's life. 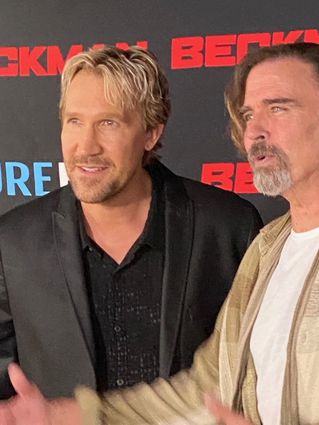 The Universal Hilton Hotel, at Universal Studios Hollywood, was the perfect venue to showcase this film premiere while adhering to CDC and Los Angeles County Covid-19 safety protocols and rules.

Everyone, including the executives, film stars and guests practiced social distancing, wore masks and had their temperature checked. Despite these minor inconveniences .people had a great time.

It was exciting to watch this cinema feature premiere outdoors and under the open sky with a bright moon. All attendees and guests enjoyed the festive atmosphere with a wine bar, popcorn, cracker-jax and tasty chocolate cupcakes.