A Group of Middle School Misfits Meet a Ghost at Summer Camp, Who Asks Them to Restore the Carnival to its Former Glory

SUMMER OF L.U.C.K., a Middle School Fantasy Novel for Ages 8 to 12. Available Wherever Books are Sold

Los Angeles-based author Laura Segal Stegman's summer of L.U.C.K., the story of three youngsters finding their way to self-acceptance with the help of a ghost who haunts a magical carnival, was released September 15, 2020, by INtense Publications. Available wherever books are sold, the middle grade fantasy novel for ages 8 to 12 is Stegman's debut. INtense, the Texas-based independent publishing house, acquired summer of L.U.C.K. last year and will release two sequels, the first in October 2021. summer of L.U.C.K.'s book trailer was produced by Los Angeles videographer Jeff Lee.

L.A. Parent Magazine lauds summer of L.U.C.K. as a "good read" in its September 2020 issue. According to Midwest Book Review, "Middle grade readers... will relish this... compelling read. Highly recommended reading that stands out from the crowd." Pine Reads Review calls it, "A magical middle-grade adventure about the power of self-acceptance... a fun-filled read sprinkled with whimsy, humor, and heart." Kitty Felde, author of Welcome to Washington, Fina Mendoza and Book Club for Kids podcast, says, "Stegman's debut novel feels like an instant classic."

Stuttering Darby is never perfect enough for her mother. Justin's been silent since his dad died. Naz is struggling to learn English. But after they meet at summer camp, mysterious calliope music from an abandoned warehouse grants them power to communicate without words. When they sneak inside, the dark, empty space bursts into a magical carnival. They're greeted by the ghost of Leroy Usher, who asks for their help convincing his family to restore the carnival to its former glory. In return, he promises to teach the kids how to find their voices. As Darby, Justin, and Naz are swept off on a series of midnight adventures via Mr. Usher's carnival rides, they discover they're capable of more than they ever imagined. With each challenge, their confidence in communicating – and in themselves – grows. Meanwhile, they scheme to persuade the Usher family to revive the carnival. But when Darby's bunkmates trick her into starring in the camp talent show, her budding confidence falters. Can she risk being less than perfect by performing in the show and speaking up to Mr. Usher's resistant son? If not, she'll put the carnival in danger and sabotage her most important quest: to believe in herself, stutter and all.

Laura Segal Stegman is a Los Angeles-based arts publicist and author whose middle grade debut novel, summer of L.U.C.K., was released in September 2020 by INtense Publications, and will be followed by a sequel in 2021. Having grown up in Southern California with parents who valued reading, she remains spellbound by kidlit. Some of her favorite middle grade novels, then and now, are The Diamond in the Window, Ellen Tebbits, All of A Kind Family, Wonder, A Patron Saint for Junior Bridesmaids, Harry Potter and the Sorcerer's Stone and The Miraculous. Laura's non-fiction credits include collaboration on the travel book Only in New York, and her feature stories have appeared in the Los Angeles Times, Los Angeles Magazine, Westways Magazine and Christian Science Monitor, among others. A long-time publicity consultant, she owns Laura Segal Stegman Public Relations, LLC, which has represented a wide-ranging client list of businesses, arts organizations and non-profit events over the years. She is a Phi Beta Kappa graduate of UC Irvine with a B.A. in Drama and lives with her husband in West L.A. and part-time in New York City. She loves reading, L.A. Dodgers baseball, classical music and theater. 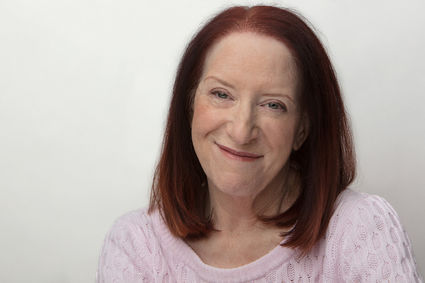 INtense Publications strives to promote literacy by releasing cutting-edge, diverse novels that tackle difficult themes such as bullying, disability, discrimination, and family issues. INtense was founded in the summer of 2018 by educator Jana Grissom, whose goal is to improve the lives of kids. As a middle school teacher, foster parent, and the author of a YA fantasy series, she believes literacy will change the world one word at a time. INtense Publications accepts submissions for fantasy, science fiction, self-help, plus young adult and middle grade stories, especially those that address social issues from the perspective of characters with challenges such as disabilities, stereotypes, or bullying.