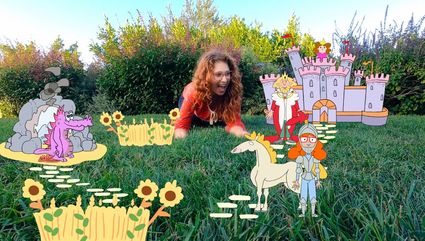 Life can be challenging these days, especially for kids. Award-winning Broadway/film/television actor and advocate for the blind Rena Strober is here to help. Rena joins some very special animated friends in her new kids' music video, Imagine That!, based on the beloved Sesame Street song and directed by Jon Weinberg.

"My family and I were thrilled to work with Rena Strober to bring this wonderful album to life. My father dedicated his life to respecting and nurturing all children, of every ability and heritage, everywhere," said Nick Raposo.

"Even if we're stuck a home we can still imagine lots of worlds around us, worlds filled with knights in shining armor and seafaring explorers," says Rena Strober. "What we need now, more than ever, is the music of Sesame Street. We need to be reminded that life is filled with endless possibilities."

Rena Strober gives 13 classic Sesame Street songs – including "Imagine That!"– a new shine in her recently released family album Imagine That: The Sesame Street Music of Joe Raposo & Jeff Moss. The album sparkles with contributions from such luminaries as Jason Alexander (Seinfeld), French Stewart (Mom, 3rd Rock from the Sun), Michael-Leon Wooley (The Princess and the Frog), Deborah Grausman ("Smartie" on Sesame Street), acclaimed opera singer Cristina Jones (the "Blind Soprano"), and DOTZ, The Blind Children's Choir. A portion of the proceeds from album sales goes to Guide Dogs of America and the Gavin R. Stevens Foundation, whose mission is to find a treatment and cure for blindness, focusing on Leber's Congenital Amaurosis (LCA). 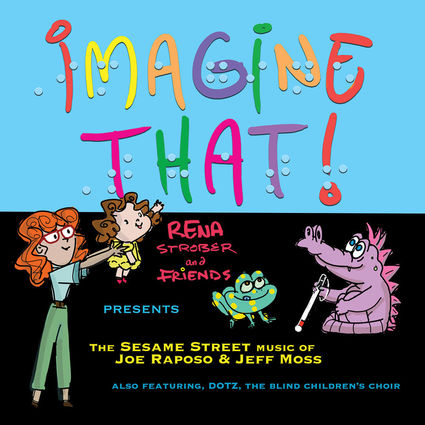 An actor/singer/educator/advocate for the blind, Rena Strober is known for her Broadway performances (Cosette in Les Miserables) and TV and film credits, as well as an extensive list of animated roles in cartoons and video games. Most kids know her from her recurring role on Disney's Liv & Maddie, and parents might recognize her from TV shows like VEEP and Shameless. Rena taught singing for five years at The Academy of Music for the Blind in Reseda, CA and continues to teach voice lessons to blind and sighted children in her Los Angeles home.

Imagine That! The Sesame Street Music of Joe Raposo & Jeff Moss is available at renastrober.com, Bandcamp, and all major online outlets.