Wikipedia Declares the Hunter Biden Laptop a Hoax; "Has all the Hallmarks of a Russian Intelligence Operation."

"Although the United States did withhold government aid to pressure Ukraine into removing the prosecutor, this was the official and bipartisan policy of the federal government." 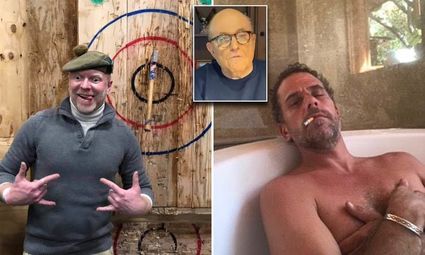 Nine days before the US Presidential election, Wikipedia has added Rudy Giuliani's Hunter Biden laptop to its article about the Ukraine hoax.

"A Wall Street Journal reporter observed that the metadata of the PDFs indicated they had been created in the fall of 2019, though the emails were supposedly from 2014 and 2015,” says Wikipedia. This is a curious "finding," given that no one but the FBI has had possession of the laptop, excluding a certain blind New Jersey computer repairman.

“The materials were provided to the paper by Rudy Giuliani after they were allegedly found on a water-damaged MacBook Pro left by an unknown individual at a Delaware computer repair shop owned by John Paul Mac Isaac. Mac Isaac, a conspiracy theory advocate who claims to believe that the Hillary Clinton 2016 presidential campaign was behind the murder of campaign worker Seth Rich, contacted Giuliani ....."

Conservative media is just as certain that the hard drive is authentic.

The FBI and Department of Justice (DOJ) concurred with the Director of National Intelligence John Ratcliffe Tuesday that a laptop exposing incriminating information on the Biden family is not a Russian operation to interfere in the November election, reports the Federalist.

Wikipedia defines the Ukraine Hoax" as follows: The Biden–Ukraine conspiracy theory is a series of unevidenced claims centered on the false allegation that 2020 Democratic presidential nominee Joe Biden engaged in corrupt activities relating to the employment of his son Hunter Biden by the Ukrainian gas company Burisma while he was Vice President of the United States[1] They have primarily been spread in an attempt to damage Joe Biden's presidential campaign." https://en.wikipedia.org/wiki/Biden%E2%80%93Ukraine_conspiracy_theory#Joe_Biden_2020_presidential_campaign 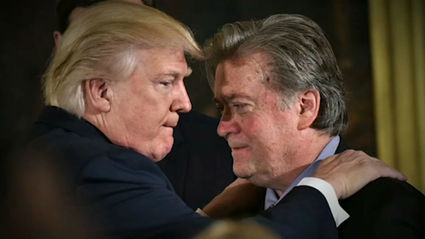 Donald Trump and Steve Bannon. Wikipedia Declares the Hunter Biden Laptop a Hoax; "Has all the Hallmarks of a Russian Intelligence Operation."

"The conspiracy theory alleges that then-Vice President Biden withheld loan guarantees to pressure Ukraine into firing a prosecutor, so as to prevent a corruption investigation into Burisma and to protect his son. Although the United States did withhold government aid to pressure Ukraine into removing the prosecutor, this was the official and bipartisan policy of the federal government of the United States, which, along with the European Union, the World Bank and the International Monetary Fund, believed the prosecutor to be too lenient in investigating corruption.[3][4] A New York Post article published in October 2020 with the involvement of Trump loyalists Rudy Giuliani and Steve Bannon brought renewed attention to the allegations;[5] its veracity was strongly questioned elsewhere."

How’s that Biden laptop conspiracy theory working out for you? So let me get this straight. Who’s the conspiracy theorist now? I think you knew it all the time and were just covering for him. So does this make you complict? Sad fake news, propaganda outlet. The CIA Mockingbird (another conspiracy theory?) media shills. Discusting, lying miscreates. Fools for thinking you’d never be called out for it. The Biden family is nothing more than part of a mass crime syndicate that the media is part of. Ha, ha. Glad you fools were caught. You’re a bunch of no nothings. Worthless human beings that don’t research their articles.

This story is so pathetic, its poor attempt at covering up for the bideno family crime syndicate removes any credibility you have