By Amelia Fiore
Our Correspondent in Northern Italy

Riots in Naples, Other Italian Cities Over New Covid-19 Lockdowns and Restrictions

The mass media is calling it right wing riots or camorra/mafia riots to minimize what's really happening, and this is making people even angrier. 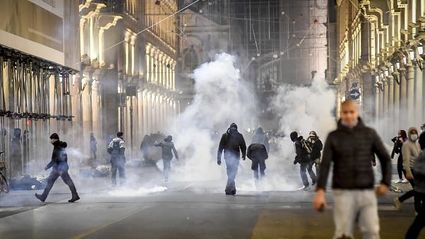 One of many riots in Naples.

In Italy, new restrictions started last week. By the weekend, we were seeing the same ol' game of getting stricter without much warning. People are not taking it well, though, this time around.

The restrictions are unintelligent and only hit one part of the population, like restaurants, gyms, and small business owners and workers.

People are also realizing that in the months after the first lockdown, the government did jack shit to get ready for the so-called second wave of infections. They don't have funds ready to give to the people they ordered to close.

The hospitals are still without enough room. In addition, the nurses did not have their contract renewed, so no one wants to go back to work, risk their lives, and then possibly not have a job at the end of the emergency.

While the leaders are asking people to stay home, they won't give money to small business owners and other independent workers. We learned that restaurant owners never got any money from the state and used their own money to make sure they were up to code. 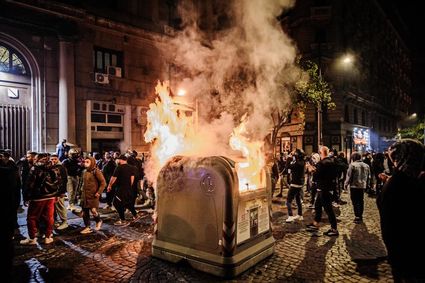 In Trieste, people broke down the gates of the prefecture.

Then suddenly the government is asking them to close again. They haven't even recovered yet from the last BS lockdown.

There are riots all over Italy, especially down in Naples. The mass media is calling it right wing riots or camorra/mafia riots to minimize what's really happening, and this is making people even angrier.

(They couldn't really say the same thing about riots in northern Italy, especially the mafia/camorra part!!!) People in the demonstrations are just normal people and pissed off (though no one is denying infiltration).

You won't get this news from television because, from what I understand, they are not spreading the news on television but only on the Internet through independent sources, but I will have to confirm if that is true or not, for I am not someone who actually watches TV.