In large part, Los Angeles has escaped the intensive and prolonged violence and damage committed in the name of civil rights in some other cities around the country. That won't happen if Gascon is DA. 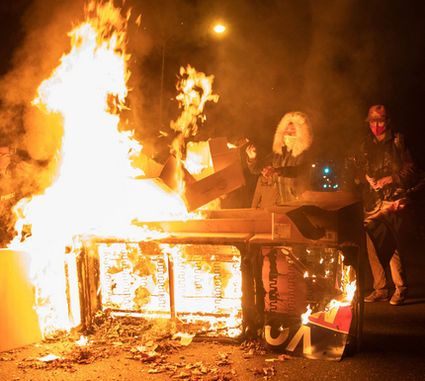 There was a marked difference in the response and capability of police in quelling rioting between Philadelphia and Los Angeles this week.

In Philadelphia, police were outmanned and overpowered when rioting and looting broke out in response to the police shooting death of Walter Wallace, Jr. Purported protestors rampaged through the city for two days, looting stores and injuring journalists, police, and each other. At least 11 people were shot by other looters.

Meanwhile, in Los Angeles, spontaneous chaos broke out in the streets on Tuesday night upon the news that the Dodgers had won the World Series. Little damage was done, however. According to journalist Elijah Schaffer, "The @LAPDHQ is exceptionally good at handling civil unrest I've never experienced better deescalation tactics at riots/protests than in this city Phenomenal policing."

In large part, Los Angeles has escaped the intensive and prolonged violence and damage committed in the name of civil rights in other cities around the country. True, rioting and looting were widespread on May 30 and May 31, extending from Long Beach to Santa Monica, but Los Angeles hasn't experienced anything like the besieged conditions that occurred in Seattle, Portland, and other cities.

There's a reason for that. It's called law enforcement. And law enforcement only works so long as the justice system backs up and complements police action on the street. If district attorneys fail to press charges or release defendants back onto the streets, then the whole system falls apart. Criminals face no consequences and are free to reoffend. Police justifiably lose motivation to apprehend and arrest.

Gascon is running on a "criminal justice reform" platform. This means he wants no-money bail. He wants to reduce the jail population, by any means necessary. Gascon is the co-author of Proposition 47, which reduced many felonies to misdemeanors. Proposition 47 is how thieves can walk into stores and walk away with up to $950 - with no penalty. Under Gascon's watch as District Attorney in San Francisco, rapes doubled. San Francisco's violent crime rate became 82 percent higher than the national average, according to areavibes.com. Property crime was 152 percent higher than the national average.

Wealthy philanthropist George Soros has contributed $1.5 million to Soros's DA race. Soros also contributed $1.45 million to the race of Larry Krasner, the current district attorney of Philadelphia. Both men share Soros's views on "criminal justice reform." In June, Krasner came under fire for filing no charges after looting in Philadelphia that month. The U.S. Attorney for the Eastern District of Pennsylvania, William McSwain, excoriated him for his lack of response to the damage and violence. On Fox News, McSwain said, "[We need] full-throated, unequivocal condemnation," but Krasner, he added, "is not at all interested in punishing these people or putting any of them in jail." 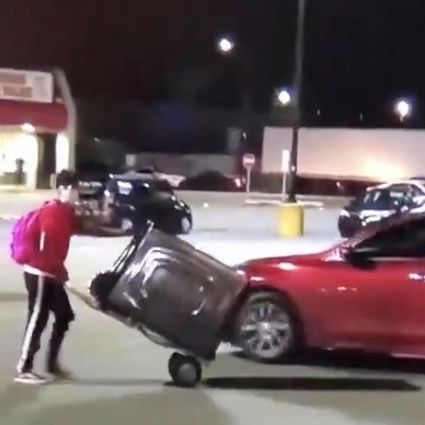 Man steals an appliance in the name of civil rights.

The trigger for the rioting in Philadelphia was dubious. A man charged police while holding a knife. It is difficult to view the tragic situation as a case of systemic racism or a violation of civil rights. Instead, a certain segment of the population seizes on any pretext in order to behave without inhibition and enrich themselves by the labor of others. Such triggers can occur as easily in Los Angeles or Santa Monica. Nobody has any control over that.

But we do have control over how we respond to rampant lawlessness and violence.

Krasner had already proven he was uninterested in charging rioters and looters. Therefore, the city has seen multiple outbreaks of violence. Like Krasner, the bulk of Gascon's campaign money has come from George Soros. He will behave in exactly the same way. And our region will see far more unrest and violence.