How Trump Got Re-elected in 2020: Working Americans Are Genuinely Sick of Exporting Their Jobs to China, While Dems Get a Media Pass

Think Biden picked Harris to please Progressives? Nope. It was about money, about tapping into the California Big Money Machine 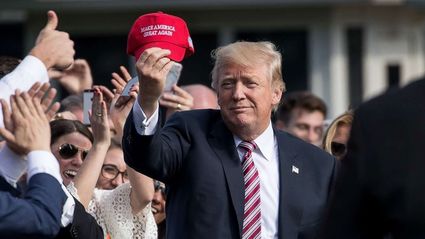 Better stock up on Kleenex, because there's going to be a lot of leftist tears next week. Trump will be president for the next 4 years.

Prior to 2016, Silicon Valley, the US Media, traditional republicans like the McCains and of course, all democrat politicians were in complete agreement: Import as many low wage workers as possible from Latin America, as many students as possible from China and India, and let them stay. Never fix the Southern border. Manufacture everything possible in China. Compensate the blue collar workers for the loss of jobs through social welfare and retraining programs.

Donald Trump is a phenomenon the likes of which we have not seen in my lifetime. He correctly surmised that the American lower classes had been stressed beyond what they could take. He knew that they were tired of swamp creatures like Hunter carrying home bags of cash from China for Gramps.

Chris Stirewalt, who correctly predicted the last election, thinks early voting is unimportant. "The 60% of people who will vote before Election Day have made up their minds," he said. "The 2 to 5% who haven't, will vote on Election Day."

Most people assumed Biden picked Kamala Harris to please the progressive wing of the Democratic party. But it was obviously about money, about tapping into the California Big Money Machine. Thats why Republican senators on the Judiciary committee were furious with Mark Zuckerberg and Jack Dorsey. They better hope the Senate goes blue.

Personally, I believe you have to subtract 4% from Biden in any poll, state or national, to compensate for people who lie to pollsters. Pollsters are part of the media and you'd have to be dumb not to see through CNN, NBC, ABC, NY Times, really everyone but Fox. They're all openly in the tank for Biden, and it's not because "Trump represents a unique danger to American Democracy." It's because he represents a unique danger to the ruling class and the way things have been. 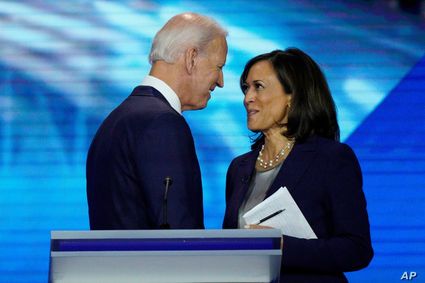 Most people assumed Biden picked Kamala Harris to please the progressive wing of the Democratic party. But it was obviously about money, about tapping into the California Big Money Machine

Cancel culture has also offended many Americans. If you reach out to the other side, the Left cancels you, and quickly. The Girl Scouts can't even congratulate Amy Coney Barrett for being the 5th woman ever to be appointed to the US Supreme Court. You'll get cancelled. People are just sick of it, as Trump figured out, uniquely among US politicians.

20% of African American voters are quietly voting for Trump, a modern record for Republicans. He will take a few states no one thought were in play.

Covid 19 helps Trump because as usual, his political instincts were astonishing. He knew outside of the blue city bubbles, people are sick to death of being locked down. They want to just take their chances with the China virus. And they don't believe NBC, ABC and CBS that Trump blew the handling of Coronavirus.

Trump takes Texas, Florida, Ohio and Arizona. Philadelphia rioting sealed the deal on Pennsylvania, which also goes to Trump. Wisconsin and Minnesota are in play because they've had a lot of rioting which helps Trump. Trump gets re-elected by 326 electoral votes (the number is from Newt Gingrich BTW). And it's all over by Thursday. That's like, just my opinion, man. What's yours?