The results are preliminary, as 10% of Los Angeles County votes remain to be counted 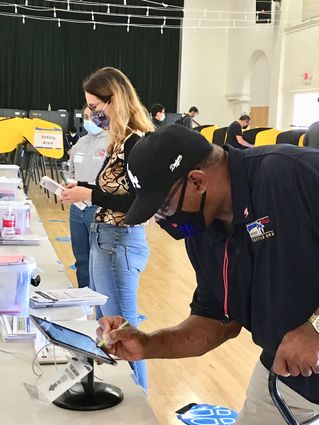 Signing in to vote at St. Paul the Apostle Church.

In an historic repudiation of Santa Monicans for Renters Rights, Phil Brock and Christine Parra appear to have won seats on the Santa Monica City Council. More incumbent city councilmembers (three) were voted out of office this week than in the past thirty years.

This assumes that the preliminary results hold up in the final count. mail-in ballots will still be counted for the next two weeks and about 10% who votes are believed to be still out.

The 4 members slate (Brock, Parra, de la Torre and Mario Fonda-Bonardi) had promised to slow the growth that has chewed up every parking lot in Santa Monica to build high density housing.

City council member Terry O'Day was also an also ran, finishing 5th with 14,251. Ted Winterer finished 6th and Ana Maria Jara finished 7th. It has been said that SMRR could run monkeys, and people would pull the levers. That’s usually true, but it was not true in 2020.

Gleam Davis, who has been called (by me, mostly) the most pro-growth City Council member ever to sit on the Santa Monica City Council, is the only incumbent to win reelection.

These are preliminary results. Many people voted by mail in this historic, coronavirus influenced election. Mail in ballots postmarked yesterday, will still count and may not be counted for a week.

Kristin McCowan, who was running unopposed for her appointed seat, won it with 26,335 votes. 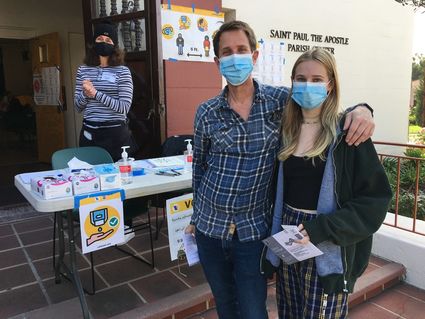 A couple voting for the first time at St. Paul the Apostle Church.

32 Santa Monica precincts have reported. Jason K Feldman, who did not win a seat, finished 4th with 11,124 votes in the crowded field.

Local Measures AB and SM were passed. SM received 72% of the vote, as Measure AB passed with 61% of the vote.