"With this settlement, the technology company has pledged to provide clear and conspicuous communication to consumers about lithium-ion batteries, unexpected shutdowns and performance management." 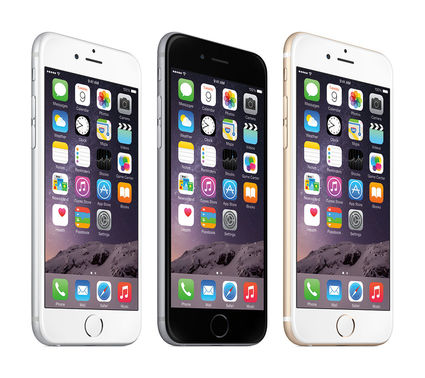 Apple iPhone 6 was among those affected

The California settlement is part of a larger $113 million settlement negotiated with a total of 34 states resolving allegations that the company made misrepresentations about iPhone batteries and software updates that throttled processing performance in order to manage insufficient battery power in its phones.

"We are pleased that Apple Inc. has agreed to comply with state consumer laws," District Attorney Lacey said. "With this settlement, the technology company has pledged to provide clear and conspicuous communication to consumers about lithium-ion batteries, unexpected shutdowns and performance management. We as prosecutors are here to protect consumers and ensure that all companies, large and small, provide transparency so that their customers are fully informed when they spend money on products."

The civil complaint, filed in Alameda County Superior Court, alleges that Apple Inc. violated state law by failing to timely and adequately disclose that its iOS software slowed down the performance of older iPhones as their batteries aged.

In December 2017, Apple Inc. released a statement apologizing to consumers and providing an explanation about why it slowed down the iPhones. As part of the company's statement, it said that the iOS 10.2.1 update, which it had issued nearly a year earlier, contained power management features for certain iPhones to prevent unexpected shutdowns.

The iPhones affected by these software updates included the iPhone 6, iPhone 6 Plus, iPhone 6s, iPhone 6s Plus, first generation iPhone SE, iPhone 7, and iPhone 7 Plus.

Prosecutors alleged that Apple Inc.'s failure to disclose these features at the time iOS 10.2.1 and iOS 11.2 were released constituted an unlawful business practice and violated California's false advertising statute. Apple Inc. did not admit that it had violated any laws, but the company cooperated with the investigation.

Under the settlement terms, Apple Inc. has agreed to maintain easily accessible and prominent webpages that provide clear and conspicuous information to consumers about lithium-ion batteries, unexpected shutdowns and performance management.

The webpages must provide guidance to consumers on steps they can take to maximize battery health and also describe the operation of performance management and its impact on iPhone battery and performance.

Los Angeles County District Attorney Jackie Lacey leads the largest local prosecutorial office in the nation. Her staff of nearly 1,000 attorneys, 300 investigators and 800 support staff members is dedicated to protecting our community through the fair and ethical pursuit of justice and the safeguarding of crime victims' rights.